This article was published on December 14, 2013 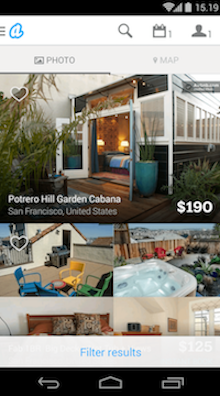 Today, Airbnb released a major update to its Android app aimed at helping gather more feedback for both hosts and guests by making it easier to post on the go. The company has also added the ability to see social connections with potential guests, refreshed the listing design and allows users to view the entire calendar for a listing they’re interested in.

This sizable update for Android comes hot on the heels of the company announcing a complete overhaul of its mobile apps back in November and aims to bring the Android feature list closer in line with that of iOS.

The new features should help keep customers using the service even more while they are actually travelling, rather than leaving the feedback process until they’ve returned home.