This is something you read a lot about these days: Robots are coming for your job; AI is driving human employment into extinction; the X jobs AI will take first. The articles are often accompanied with feature images of penniless humans and rich robots, robots enslaving humans, and worse.

To be fair, the warnings are founded in solid facts. It’s undeniable that artificial intelligence is transforming the employment landscape, just like every other technological revolution. However, the picture that is being portrayed is often too somber and overblown, heralding a near-future where human labor has become non-existent.

Part of the hype is due to the huge progress that tech companies have made in robotics and artificial intelligence, enabling computers to accomplish feats that previously seemed impossible. But the truth is that we still have a ways to go before we bring technological employment down on ourselves. And there’s a lot we can do to make sure we don’t create a robot apocalypse, Skynet, Genysis, or whatever dark name a dystopian AI future may be called.

So while speculating on the long-term disruption of employment, we should also try to better understand and prepare for the short-term displacement of jobs by artificial intelligence.

The main driving factor behind the recent AI revolution is machine learning. Machine learning algorithms function by ingesting huge sets of data and inferring patterns, which they use to make classifications, perform tasks and predict outcomes. This makes them especially useful for tasks that can’t be programmed in the traditional rule-based manner. ML depends on huge amounts of data and computation power, both of which are becoming available in increasing abundance and at low costs.

Machine learning and deep learning, its more advanced subset, are behind the automation of many routine jobs, especially cognitive tasks such as sales, accounting and customer service.

However, this does not mean that jobs are going extinct.

In a feature published in Wired, James Surowiecki explains that if automation was transforming the economy, two things should be apparent: an aggregate rise in productivity and a dwindling number of jobs. However, the figures tell a different story. For instance, in the U.S., where technological unemployment is hotly debated, employment churn is at an historical low and median job tenure has lengthened.

“It’s logical to conclude that if a job can be performed by a machine, that job is no longer available for a human—but that is not how our economy operates,” says Tim Estes, Founder and President of Digital Reasoning. “Experience has repeatedly shown us that humans find opportunity in the disruption caused by new technologies. The jobs market can’t be expected to remain inflexible as the world continues to change at a rapid pace.”

Other studies find that manufacturing jobs, which are often portrayed as the first victims of automation, are increasing. According to a 2015 Deloitte study, there will be 3.5 million manufacturing jobs available over the next decade in the U.S.

However, while AI is creating new employment opportunities, it is also creating new skills demands. The above-mentioned Deloitte report refers to a growing skills gap that will leave 2 million of those manufacturing jobs unfilled.

Other industries such as cybersecurity are facing similar skill shortages. As a result of software, computation and connectivity being incorporated into every device and domain, there’s an increasing need for cybersecurity experts. But there aren’t enough experts to fill those job roles.

Ironically, AI has an important role to play in bridging the skills gap it has created. A number of companies are exploring the use of emerging technologies to make professionals more productive and efficient at their jobs.

For instance, in manufacturing and other hands-on industries, augmented reality and mixed reality devices are driving a revolution, providing real-time information and assistance to workers.

“This dramatically reduces the time needed to complete a job because workers needn’t stop what they’re doing to flip through a paper manual or engage with a device or workstation,” says Magid Abraham, the Executive Chairman of Upskill, a company that specializes in AR applications for professional work environments. Abraham further explains that AR technologies will be instrumental in closing the skill gap responsible for the shortage of skilled manufacturing workers. “Because AR will allow more workers to do high-skill jobs, and improve their performance in this work, we are optimistic that industrial productivity will grow,” he says.

There are other fields where AI is an enabler rather than a job stealer. One of them is education, where AI can help in a number of ways. According to Rose Luckin, Professor of Learner Centred Design at the UCL Knowledge Lab, “AI can be used to evaluate online human tutors and to provide personalized training to these tutors. This could help more people to become tutors.”

This is an idea that companies such as Third Space Learning, a UK-based online tutoring platform, are exploring. TSL is using AI algorithms to find successful teaching patterns and guide online tutors to improve their performance. “AI can also help all human teachers be the best teachers they can be and therefore improve the learning experience of their pupils,” Luckin says.

Cybersecurity and healthcare are some of the other fields where artificial intelligence is lowering the barrier for entry into professional jobs. Elsewhere, AI is helping streamline the recruitment process by connecting talented candidates to employers.

None of this means that we should dismiss warnings about the long-term implications of AI. In fact, when it becomes a reality, human-level intelligence will truly change everything. Until then, AI and machine learning will be the general-purpose technology that will drive innovation and change in every domain.

“To create new jobs and thereby new opportunities, we need to embrace these shifts,” says Estes from Digital Reasoning. “Those who shun opportunity are the ones who will end up risking the most.”

Rather than asking whether AI will drive you into unemployment, you should be asking how AI can help you become more capable at your job.

In the words of Erik Brynjolfsson and Andrew McAfee, two thought leaders in the field of artificial intelligence, “The successful strategy is to be willing to experiment and learn quickly. If managers aren’t ramping up experiments in the area of machine learning, they aren’t doing their job. Over the next decade, AI won’t replace managers, but managers who use AI will replace those who don’t.” 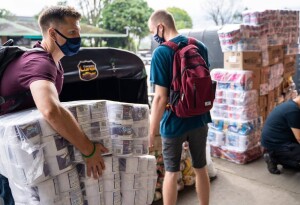