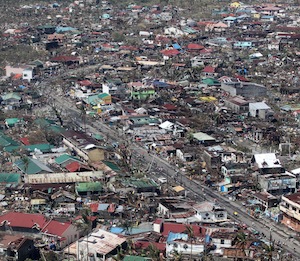 A powerful typhoon swept through the Philippines over the weekend, leaving a trail of destruction with officials fearing that up to 10,000 people may have died.

In light of the situation, with people struggling to contact their families and vice versa, Viber has opened a temporary service to let Philippine users call regular (non Viber) numbers outside of the Philippines for free. The service is available right now. To call someone, all you have to do is go to any contact and tap any of the numbers listed next to “Viber Out.”

Typically, if you call a non-Viber user, it will go through your carrier like a normal overseas call which will be charged accordingly.