Tall and well-built, cheerful with an appearance of nonchalance, the man Inc. Magazine described as Africa’s Bill Gates is a man with a few tricks up his sleeve – as you might expect.

After making his fortune with an enterprise-software company, Herman Chinery-Hesse reached higher, creating a company with a dual goal: helping the continent’s SMBs sell their products globally and, by doing this, contributing to development better than aid programs do.

The cosmopolitan Ghanaian created SoftTribe.com in 1990, after returning from studies in the US and his first job in London. A trained engineer, he realized that computers could serve a lot of practical ends. As a result of a bar bet– that in a city where most of his friends were unemployed, he could find a job by the following week– he decided to try getting businesses in his hometown of Accra, Ghana to hire him to help them turn to IT. He saw a couple of them within a couple of days… and succeeded.

But he couldn’t go very far in an economy that is 70% government-controlled. When he tried to compete for large contacts, he had to go up against multinationals that had the resources to create enough pressure to gain the lion’s share of contracts (including a call from their ambassador to the prospective client, says Chinery-Hesse). He spread his business to other countries, but found their situations largely the same.

Recently, he decided to approach new clients with a different business model and better-matched technology. Now his software is cloud-based, and can be downloaded by low-bandwidth connections. Chinery-Hesse explains the shift here:

“We changed in order to avoid anything in which the governments had a voice and looked for solutions that could be sold directly to the masses on a pay-as-you-go basis. We don’t need thousand dollars a year contracts, and we use SMS and email. They know no borders”.

His clients are mainly SMBs. To attract them, he stopped doing annual contracts and instead earns a small percentage of every completed project. With a bus operator, for example, “we install it for free and we tell him to put a dollar extra on every ticket”. It’s a minimal fee, but the profits are substantial when large numbers of tickets are purchased. It’s convenient too, because buying can be done through SMS.

All this is the beginning of a new strategy. “In order to change Africa, you need to change most Africans. You need to go after the base of the pyramid,” he says. “At least the part where small businesses dwell.” 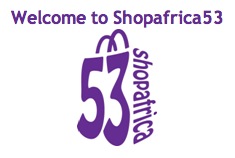 A major part of this offensive is the launch of ShopAfrica53, which is sort of like an eBay whose objective is to “serve as intermediary for small enterprise,” Chinery-Hesse explained while lounging on a chest in his veranda. A site specifically designed for each country allows merchants to promote products and customers to buy them. All transactions are made by SMS.

Due to the lack of a developed banking network, Chinery-Hesse had to create a new credit system, African Liberty Card – scratch cards he produces and distributes himself. They allow customers to instantly load a set amount of money onto their mobile phone. It’s a perfect example of the need for innovators to create infrastructure, as Bright Simmons described.

ShopAfrica53’s third pillar is logistics. The service is entirely run by traditional couriers (DHL, Fedex, etc.). “They know how to find a package in the bush and get it Toulouse,” he said. “I have no reason to worry about it.” The cost of these operations is financed by “the difference in salaries between Africa and Europe or the United States.”

He recognizes that a certain amount of time is needed for his project to become a major force. Perhaps five years, but “it will be more effective than any type of aid would be in that time-frame. I don’t know of any country that developed through aid. We’ll do it better and, what’s more, we’ll do it with dignity.”