Twitter lists are a useful, if little-discussed feature that allow you to group your many different follows into coherent categories. If you’re like me and follow people from a wide swathe of society, you might find it helpful to break them down into lists. That way you can check those lists when you’re interested in seeing updates from, for example, personal friends or news sites.

But if you’re like me in another way, you’re kind of a hypocrite and get a little annoyed when you get a random notification that you’ve been added to a list. I’m slightly flattered, but I also think wish there was an option to opt out of those notifications. It also goes the other way. Not that I want to unleash anyone’s inner Joe from You, but let’s be honest: sometimes you also don’t want people knowing you’re sorting them into lists.

[Read: Twitter’s bringing lists to the home screen and I’m jumping with joy]

There’s a simple solution: private lists. Here’s how you can set one up.

First, find your lists page. In the Twitter desktop client, this is easy, as it’s perpetually available on the sidebar. In the app, it’s nested along with other personal pages under your profile image at the top of the app. 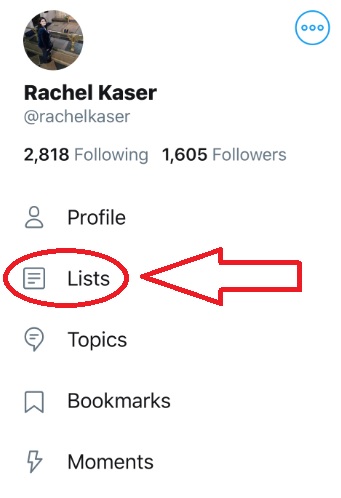 Once you get to your lists, use the create button in the top right corner to start a new one. When you do, you’ll be directed to name and describe the new list. 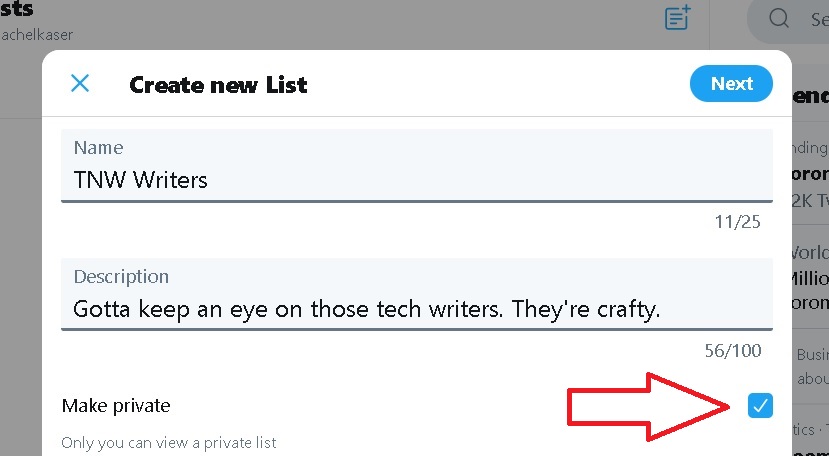 Then there’s a box at the bottom of the tool that you can tick to make the list private.

And there you go: when you add people to this private, they won’t get a notification telling them that they’d been added to a list. Your private lists will be differentiated from your public lists (if you have them) with a lock icon. It’s a social media wallflower’s dream. You can sort your people into lists without bothering them with a notification.