I have no idea how many innovators there are in Lebanon fiddling around in their mountain garages with dreams of dethroning Facebook, Google and Twitter. But I’m sure they can find all the resources they need in Beirut’s startup accelerators.

Since there’s not really a clear definition, you can get an idea of what a Middle East accelerator is by using Y Combinator as a reference. The Mountain View company launched in 2005 with a “new financing model.” For over seven years it has funded 380 companies that develop in their space for three months. On average, it invests $18,000 in each company in exchange for a small equity stake. [As of January, 2011, YC Companies also receive a $150,000 investment from angel investor Yuri Milner and SV Angel.] 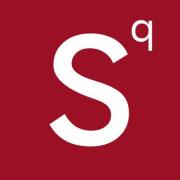 Entrepreneur Samer Karam opened Seeqnce.com with three of his friends in May 2010. His friends are “very intelligent and very successful people, but didn’t have a place to work together in.” So he found and remodeled an apartment right in the center of Hamra, the techiest neighborhood in Beirut.

The organization of workspaces is one of Karam’s hobbies. Seeqnce’s is especially well designed. Glass partitions give startups their own space while at the same time preserving common areas like a brainstorming room, a war room, and community space. “I conceived and designed it myself. Tables and walls are white boards to write on. It helps people be creative.”

There’s no doubt for him that if “in Silicon Valley, proximity is vital for success, Beirut’s need for it is ten times greater.” Another important step was making a large investment in high-speed Internet, which is indispensable in a country where connections are notoriously poor. It’s expensive, but, he says, “it doesn’t break the bank.”

Seeqnce makes early-stage investments of around $200,000, and is aimed at “the global market.” Its only focus is for-profit companies. Its two star startups are Cinemoz.com, which wants to be the Hulu for the Arab world [read our full story here], and Jogabo.com, which lets soccer fans across the globe organize games, using a mix of social networking and geolocation.

A few blocks away, AltCity.me is a “co-working space that also functions as an accelerator and incubator,” say founders Dima Saber and David Munir Nabti. They pay attention to human communication above all, which is essential in a country where identity is defined by religious membership. “We have people here who have never seen anyone from another city or from another sect,” Saber explains. The Hamra neighborhood is known for its leftist traditions and for the fact that people of all religious persuasions live there.

Emphasis is placed on the community element. “We wanted to bring together content creators, activists, coders, developers, graphic designers, social entrepreneurs, media people and others. And to do this, we mix formal activities like workshops and conferences with more informal networking, like what happens in a cafeteria.”

One of their programs, AltStart, is a platform for startups. “We don’t limit ourselves to social impact,” Nabti says. “What’s wrong with creating an Arabic version of Angry Birds? But we inspire them with everything that’s happening here, and maybe their next application will have a bigger social impact.”

Habib Haddad, who directs Wamda.com, a company financed through multiple sources, and which is also dedicated to early-phase startups, sees its mission as being an ecosystem where support forms multiply. Wamda is simultaneously a media company, an investor and an education and training initiative.

Haddad confirms, and at the same time regrets, that there is a certain rivalry between all these initiatives. “Startups laugh at our differences,” he says. “They build their services in their garage, in Byblos (a sea port, and maybe the oldest continuously-inhabited city in the world) or in the mountains, and when they start gaining momentum they move to Dubai, or the United States.”

With only four million inhabitants, Lebanon is too small to constitute a market, but many Lebanese are very well educated, and a significant number are interested in ICT. They can either aim at the Arabic market, one of the most promising, or for a global presence – the Lebanese diaspora is considerable, between two-thirds and three-quarters of the population. “It will play a big role,” Haddad estimates. “People are starting to come back. The Arabic market is really dynamic, while the U.S. market right now is less interesting.”

Seeqnce, AltCity, and Wamda are trying to help create connections, strengthening the companies that incubate there before watching them inevitably leave. It’s a limitation that has a lot of promise.