I wish I was a gamer, but that’s just not how it is.

I couldn’t name the latest and most anticipated video games, I thought COD (Call of Duty) was a fishing game for an embarrassing amount of time, and, when playing Grand Theft Auto, I work as a legitimate taxi driver and don’t kill anyone.

But there’s one gaming thing I’m absolutely sure of: the Nintendo Wii was way ahead of its time. All the way back in 2006, Nintendo was one of the first companies to make video games more interesting to people of all types — and not just boys.

As a kid, I’d spend endless hours dominating the family TV, busting out Wii Sports, Animal Crossing, WiiFit, and, of course, the timeless Mario Kart. But for whatever reason — maybe the lack of third-party games or industry competition — the Wii lived a short but sweet life in my home. And I’ve missed it ever since.

In my time, I’ve dabbled in the odd PS4 game, but it usually doesn’t last much longer than 20 minutes. But now, most of my evenings are spent glued to my TV playing on the Switch. It brings back so much nostalgia as I aggressively compete with others online on Mario Kart and incorrectly answer basic maths questions on Dr Kawashima’s Brain Training.

While I’m sure gaming hasn’t just got ‘fun again’ because of the Switch, I was never interested in other mainstream consoles — maybe because it was crowded with too many boys, guns, and violence. The Switch feels accessible; there are games for everyone.

But, there’s a downside, and I think this talks for the whole gaming industry: it’s expensive.

While the console isn’t horrendously priced itself (you can grab it for $327), I spat out my tea when I paid $50 for Mario Kart. But whatever. It’s worth it.

While I’ve mentioned how much I love Mario Kart, there’s another game that I can’t not mention — and that’s the Untitled Goose Game. As beautifully described by TNW’s very own Callum Booth, it’s a game where you can ‘unleash your inner asshole.’

The concept is simple. You play as a goose (who can honk, pick things up, run, swim, and waggle its wings) who has a list of nefarious tasks to achieve. This includes things like getting a gardener wet, making an appearance on TV, and stealing a fancy red bow by imitating a fake goose.

It was genuinely therapeutic to piss off a gardener and scare a little boy, so much so I quickly completed the game and felt an inner-feeling of emptiness. It was magnificent.

I’ll sign off with this thought: Generally, I’m always trying to reduce my screen time, but the Nintendo Switch is the exception. This screen, I want to spend more time on. 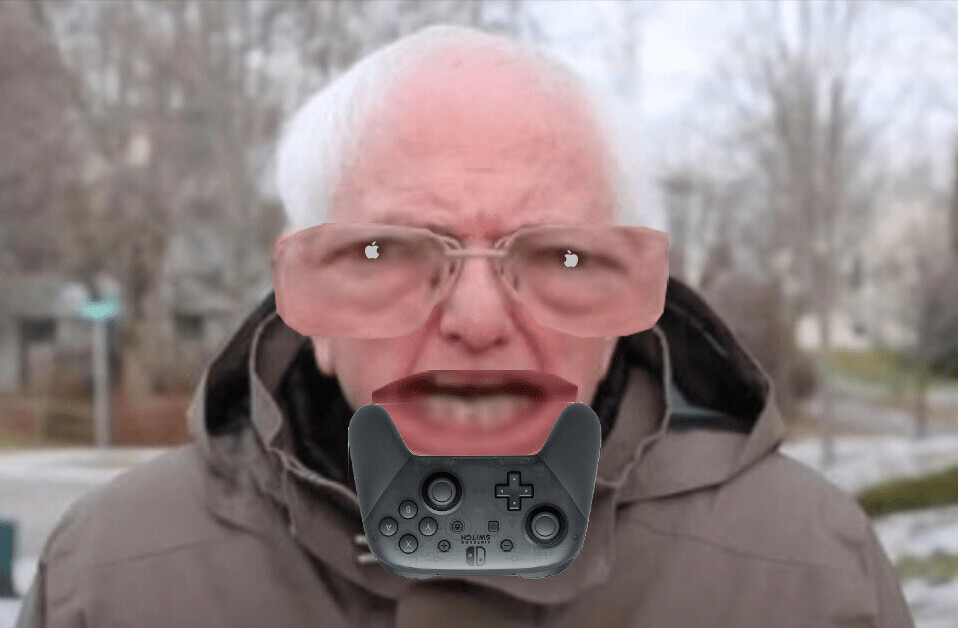