In 2013, having trusted hands dedicated to digital communication is becoming the norm, and as social media usage continues to grow, so to do the ranks of those focused purely on online engagement.  On my continued quest for finding jealousy inducing jobs, I came across Kori Schulman, Director of Online Engagement at The White House.

What follows offers a glimpse into the evolving digital footprint the 44th President of the United States.  Enjoy!

Q:  So, Kori, tell us what you do as Director of Online Engagement? 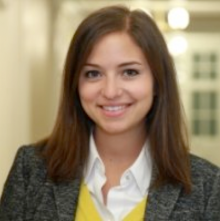 In the Office of Digital Strategy, I focus on creative ways to engage with citizens and grow our audience online. That means finding opportunities to work with online media and developing our social media programs. Our goal is to connect with people where they’re already engaged and consuming information.

I’ll give you a couple of examples: to raise awareness around the President’s plan to help homeowners refinance, we teamed up with the real estate site Zillow.com to discuss refi with homeowners from around the country. Zillow moderated a Google+ Hangout with the Secretary of Housing and Urban Development, and more than 70,000 people tuned in live.

During the holidays, we launched a Pinterest account, and invited some pinners to the White House to check out the décor in person and do a craft project with the White House florist. After the event, they shared their experience online. By tapping into social media, we’re able to do more to help make this the most open White House in history.

Q:  What does a typical day entail?

No two days are the same. Every morning, our team gets together to talk through what’s going on that day, and sync up on longer-term projects. During the day, you can find me doing anything from working on our social media content to sitting down with an economic advisor for a Twitter Q&A, to planning the next online event. Right now, as we approach the Inauguration and the State of the Union, we’re developing a number of ways for people to participate around second-term priorities.

Q:  How has your job change over the course of the 1st Term?

The Obama White House was the very first to have a dedicated digital team, and over the past four years our team has grown and changed quite a bit. I’ve done a little bit of everything, including content for WhiteHouse.gov, and now online engagement. While some of us had worked on the Obama campaign in 2008, the White House was new for everyone.

In the beginning, we laid the foundation for a robust online program. Our priority in 2009 had to be getting WhiteHouse.gov up and running and setting up basic social media presences on Facebook and Twitter. Now, we’re much more focused on how we can use the tools that are out there for public participation, which ranges from answering people’s questions to getting input on policy issues. That’s what we’re thinking about on social, and it’s also our approach when it come to the White House email program and the We The People petitioning tool.

Q:  Specifically, how has social media and technology changed from 2009 to present?

We’re in a very different place now then we were four years ago. With an eye towards meaningful engagement, we’re using social media and technology everyday to more effectively communicate with citizens and respond to the issues that they care about most.

The way we’re using social has evolved. For example, in fighting to preserve tax cuts for the middle class last month, President Obama called on people to speak out and share what $2,000 meant to them on Twitter, Facebook and whitehouse.gov.

Hundreds of thousands of people participated (135,000+ people shared their stories on WhiteHouse.gov with more than 350,000+ tweets with the hashtag #my2k on Twitter). But it didn’t end there – the President stopped by the home of someone that shared their My2k story on WH.gov, the Vice President had lunch with a few folks that were concerned about the issue and spoke out online, and others were invited to the White House to join a discussion. We’re using social as a way for people to participate in their government, we’re reading their stories, and we’re following up.

With the launch of the “We the People” petition tool, we’re also able to do more listening and address a range of issues. If a petition gathers enough signatures, policy officials review it and publish an official response. The White House has responded to petitions on keyissues including gun control policy and immigration, as well as petitions to build a Death Star and release the White House beer recipe. With more than 140,000 petitions created and nine million signatures, the tool is having areal impact on policy-making.

Q:  What’s the biggest perk of working at the White House?

One of the biggest perks is creating opportunities for people around the country to connect directly with the Administration. Whether it’s hosting our @whitehouse followers to attend an event at the White House or inviting “We the People” petition signers to join a conference call, people have access to the WhiteHouse like never before.

Last month, the President took some time to answer questions on Twitter about extending middle class tax cuts. During the chat, President Obama was responding to a question and noticed that the twitter user had blue hair in her profile picture. In the response tweet, the President noted that he liked her hair. It was this wonderful, authentic, dialogue on Twitter between the President and someone in their living room. From the President all the way down, this Administration is committed to public engagement and participation. It’s exciting to be part of the team that’s using social media and technology to bridge the gap.

Q:  What’s been the most memorable moment of the past 4 years?

The Citizens’ Medal ceremony in 2010 is up there as one of the most memorable moments of the past four years. While the award has been around for more than four decades, this was the first time that we called on the public to help nominate candidates online. In the end, we received more than 6,000 nominations and White House staff reviewed every one. The awardees weren’t folks that had garnered national attention; instead they were citizens who had inspired their friends and neighbors.

As the President honored 13 extraordinary Americans with the nation’s second highest civilian honor, I was in awe of the process and proud to have been a part of it. Every year since, Citizens’ Medal nominees have been selected through a public nomination process.

I’m a regular at Chop’t.

Never without my iPhone…or my work Blackberry.

This post is published in association with iStrategy Labs.