Last week, I was invited to join 3,000 delegates to what turned out to be the largest entrepreneurship conference in the world. The Global Entrepreneurship Congress 2012 took place in Liverpool, UK (a few words about Liverpool in a moment) and its speakers and panels were selected in order to inspire us into entrepreneurial action.

Upon arriving in Liverpool on the GEC Express Virgin train, chartered for the specific occasion (welcoming speech and random encounter with Sir Richard Branson), I didn’t know what to expect. One of the first things that I found out, to my surprise, was how geeky Liverpool is! It has more scientists than Cambridge and a booming game industry (it’s supposedly second in the UK). If you are a geek looking for an alternative city to London, then this might be it.

Sir Richard Branson was the main ”attraction” for the day and who could blame the the crowd? He is the Virgin guy with the Midas touch (which probably explains everyone circling around him trying to take a photo with him or shake his hand). During Sir Branson’s Q&A with Mike Southon he mentioned something that stuck with me. He talked about how entrepreneurs need to own the vision of the company and learn to delegate.

Delegation was the first skill I was forced to learn when I made the jump from a technical to a managerial position. These were the toughest times for me. I’m a geek and being in control of everything (to the finest detail) defines me. Not only that, but since I can pick up skills quickly, I think that I can learn pretty much anything. And that’s where we, as geeks, fail.

If we want to become leaders, founders and CEOs we need to learn to delegate. The best metaphor I have ever heard has to do with juggling and I will use it and take it a step further: Imagine that you’re a professional juggler putting up a show. As a novice, you start juggling balls and slowly increasing the number of balls so you can draw a larger crowd. As the crowd increases, so do their expectations, so you start adding more difficult items like pins. Everything is going well, sometimes you drop a ball but you continue and your audience grows. Then you want to move to riskier stuff so you add flaming pins and chainsaws.

The crowd really loves what you do, you want to keep all the elements (balls, pins, flaming pins and chainsaws) but the risk is now very high. If you drop a ball it’s fine but if you drop a chainsaw you’ll probably end up in a wheelchair. So what do you do? You delegate. You hire an assistant that can take the easy stuff out of your hands (balls and pins) and leave you with the important stuff (flaming pins and chainsaws). If they drop a ball now and then, it’s not a big deal. You just teach them what they need to change and before you know it, you no longer need to worry about it.

Coming back to the real world and what the juggling act can teach us. If you are a Founder/CEO of a startup you spend every breathing moment in your company. Coming up with ideas, working on your product, leading your team and then you realise that you need to file your taxes. So you drop everything to do that. Or a customer reports a bug and you take off your strategic hat to go fix the bug (even though you have a very competent team of developers). You are basically dropping the chainsaws to deal with the balls. In order to be successful and inspire the ones that are around you, you need to start delegating tasks. As the leader, you are in charge of the bigger picture and the strategy, moving everyone forward to the vision. If you get stuck in the groundwork then you will be unhappy and get lost.

Coming back to Sir Richard Branson’s point of view, delegation is one of the most important traits of a leader. What he has always done is find people who are better than him at a task and then he steps out of their way. Contrary to other leaders, he doesn’t micromanage and instead he focuses on the bigger picture. The result is the person whom everyone identifies as an inspirational leader as he bashes into the boardroom and says, “We will offer space-travel to everyone!”.

I personally learnt these lessons the hard way (by being dropped in a managerial position without proper support and training) so I hope that the above will help you avoid my mistakes. Start delegating and focus on your vision, your company is your life and people want their freedom.

Do you have different views about delegation? How are you handling the most important tasks in your company? Let us know in the comments. 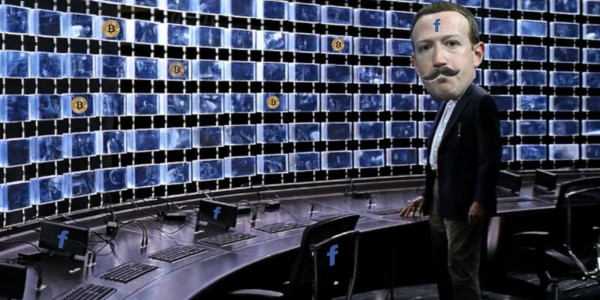 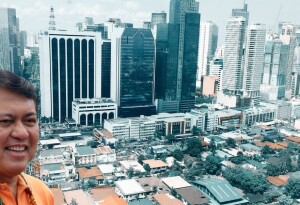 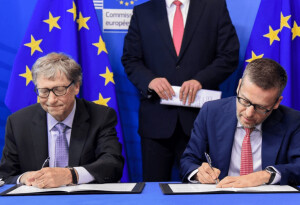