We all want to be Iron Man. Zipping through clouds using jet propulsion and an exoskeleton made of a hardened nickel-titanium alloy seems futuristic, but not outside the realm of possibility. Tony Stark did it, after all, but fictional billionaires-turned-genius-inventors don’t get us any closer to the goal of human flight.

Entrepreneur and inventor Richard Browning isn’t Tony Stark, although the parallels are there. Browning, much like Stark, invented his own flight suit complete with six jet engines, a heads-up display, and WiFi-enabled monitoring. It’s not a Jarvis-equipped nearly-indestructible suit, but if it’s flying you want, Browning has you covered.

In Greek mythology, Daedalus was a renowned craftsman and tinkerer, and the father of Icarus. As the story goes, Daedalus created wings for both himself and Icarus to escape another of his creations: The Labyrinth (which housed the half-man, half-bull creature known as the Minotaur). 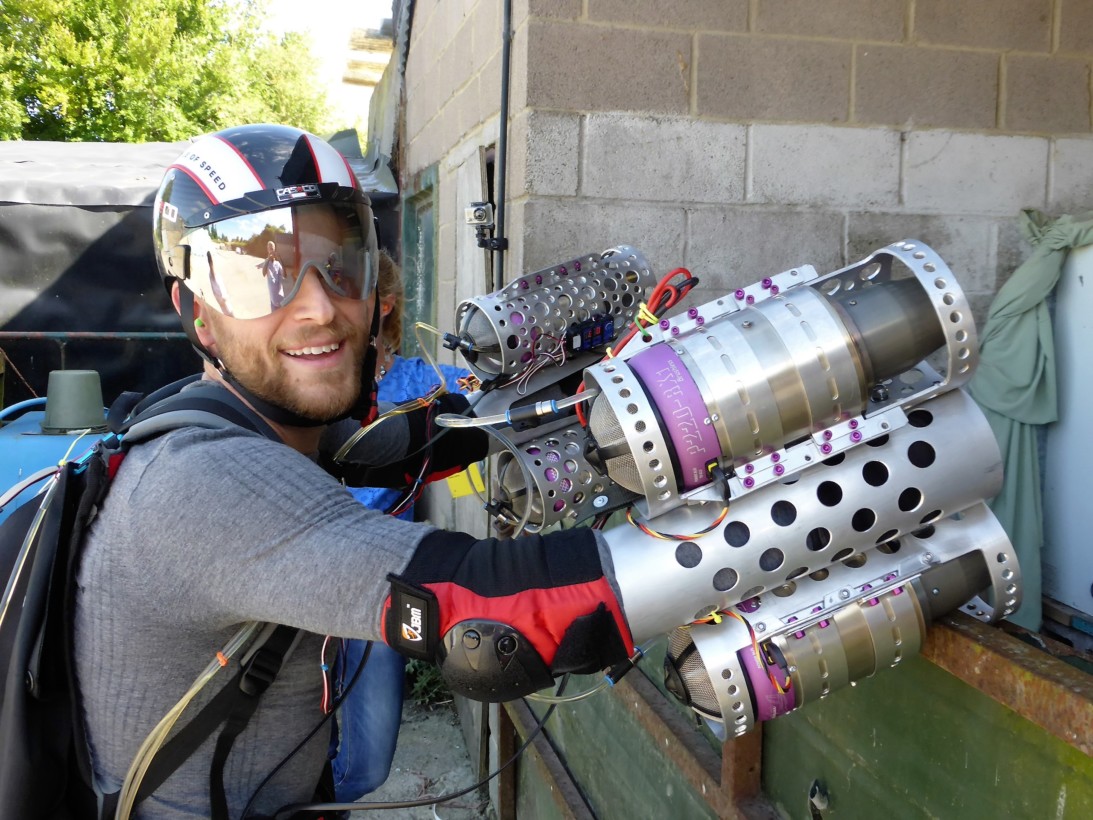 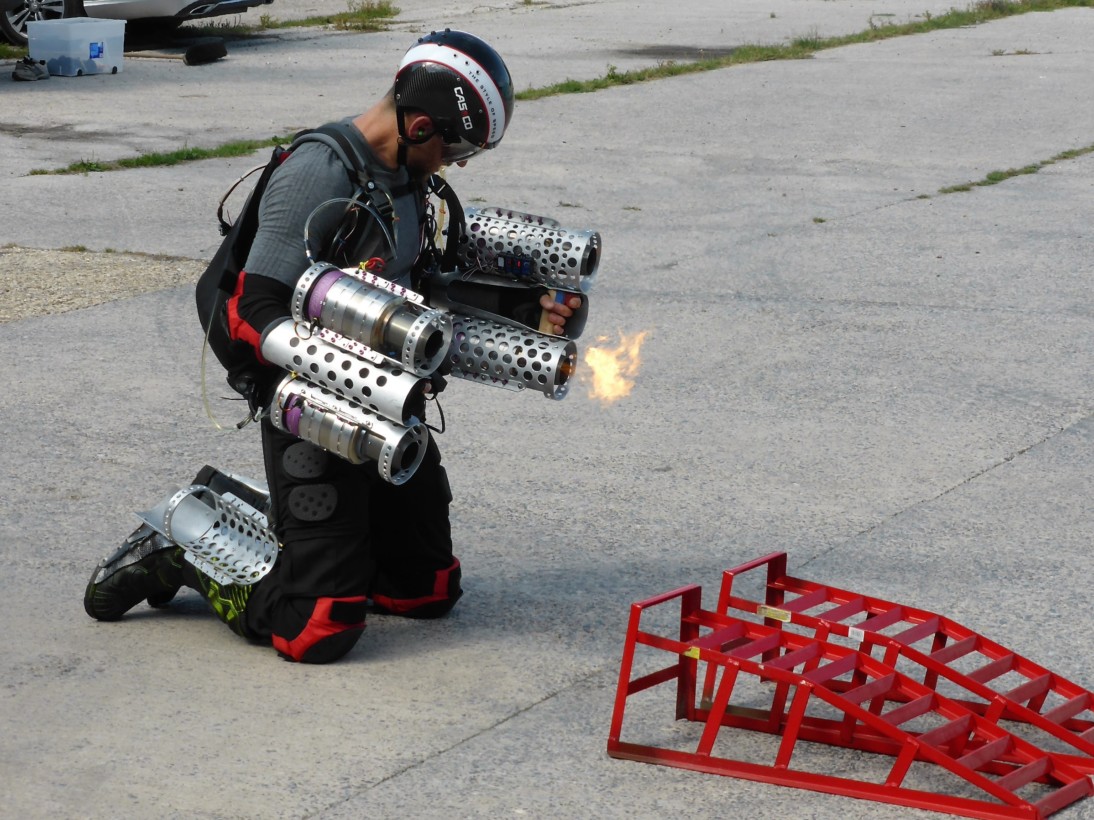 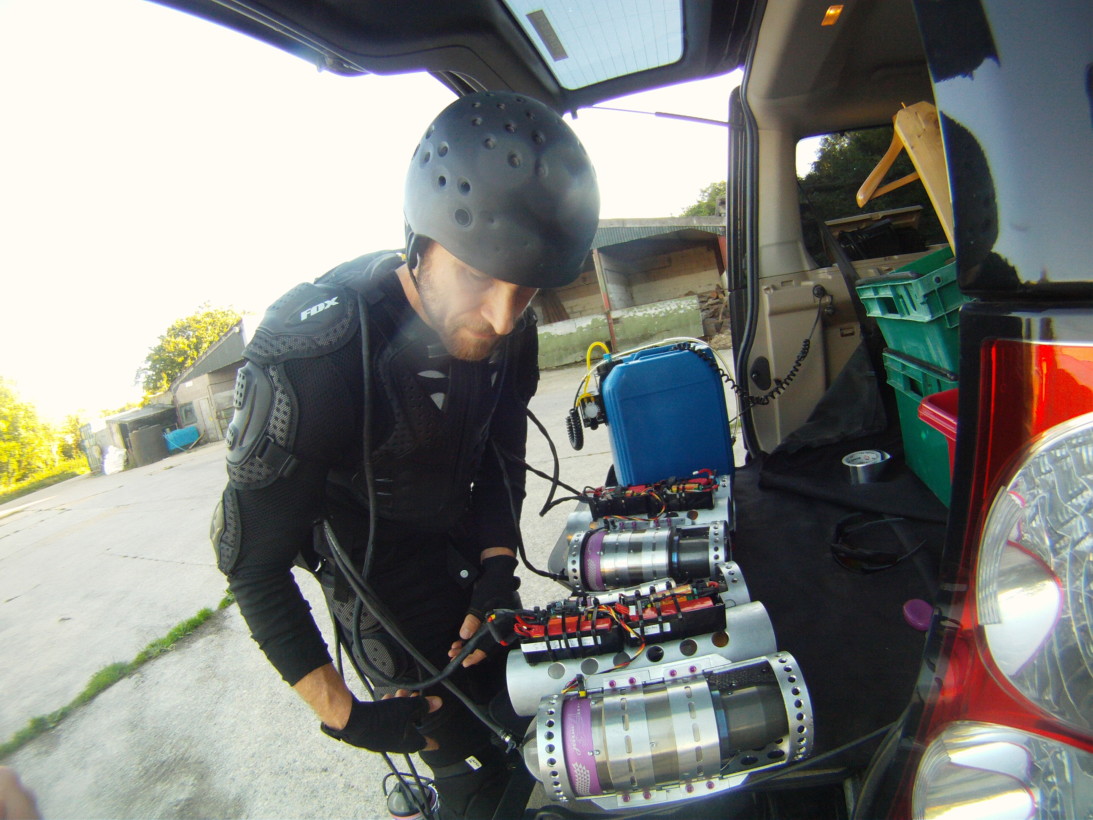 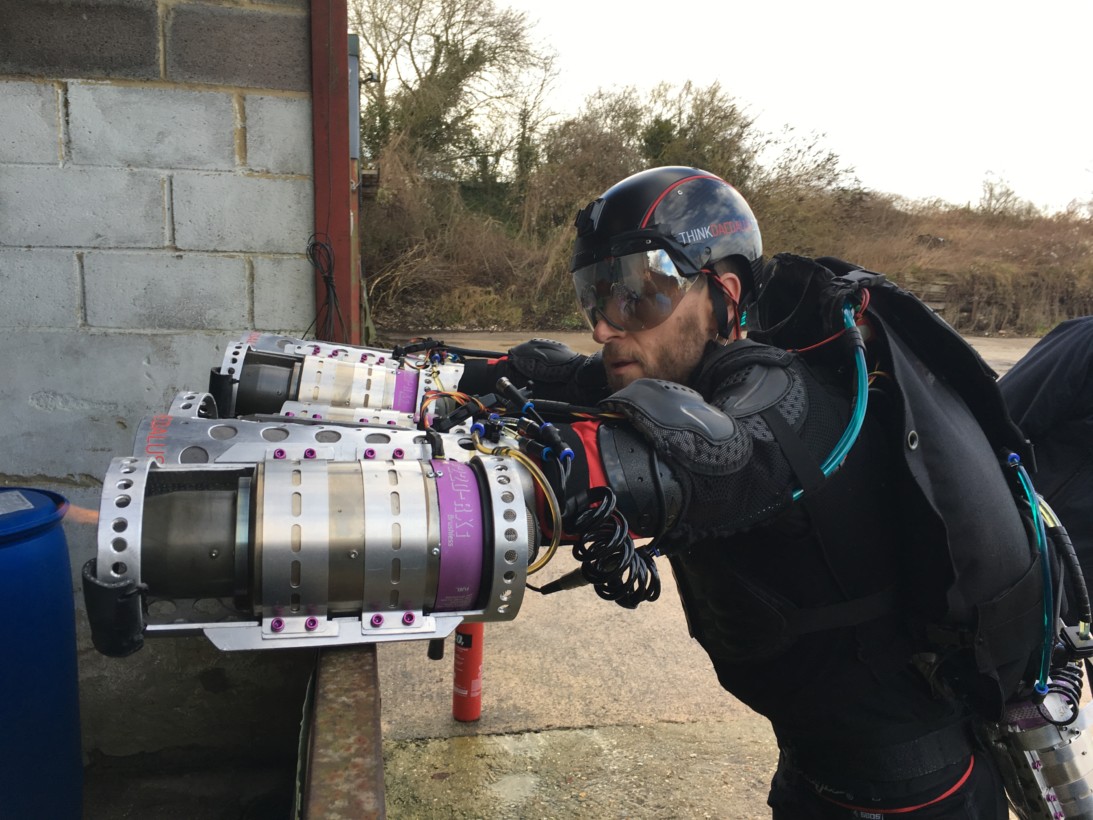 Browning has always been an aeronautics buff. His company, Gravity, is built around world-changing aviation principles, and it’s clear this all starts with Daedalus.

And it’s a good start. There are technological limitations Daedalus hasn’t quite mastered just yet, so it’s not quite Stark-ian just yet, but it’s still undeniably impressive. Impressive enough, in fact, to catch the attention of RedBull, who earlier this year partnered with Gravity.

I’m anxious to see further iteration of the concept. Fingers crossed we’ll one day be zipping in and out of city skylines. Because, as Tony Stark says, “What’s the point of owning a race car if you can’t drive it?”