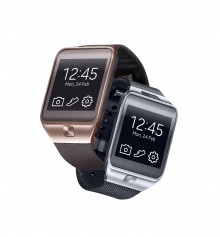 7Digital has announced that it will bring its music download service to the Tizen OS and will be supporting the new Tizen-based Galaxy Gear smartwatches when it arrives in Q2 of this year.

The app, like its counterparts on Android, iOS, BlackBerry and Windows Phone, will allow users to download purchase and download music from the company’s 25 million track catalogue. It’ll also allow streaming of purchased songs stored in your 7Digital locker. Pricing of the music remains the same whichever platform you’re accessing it from, 7Digital said.

In addition to pledging support for Samsung’s homebrew operating system, 7Digital also announced today that it had signed deals with Audioboo and UBC Media to bring spoken-word content to the platform – it’s first tentative steps into radio-style streaming. Rounding off the list of announcements from the company, from today there’s also a new iOS and Android SDK available to download.