Ed Zitron is the founder of EZPR, an east coast USA media relations firm focusing on consumer tech startups. His book, This Is How You Pitch: How To Kick Ass In Your First Years In PR, will be released on September 20.

I’m having a good day. I’ve pitched some people. I’ve probably had a few cups of coffee. I’m humming along pleasantly, and then I receive the brutal face-punch of a client asking for a press release.

Perhaps I’m a big baby, but with the industry as it stands, press releases have become as painfully boring to write as they are to read. They have become a form of ingratiation for clients or partners, and inevitably do nothing other than cost someone $750 to put them on a wire service or get in the way of actual information dissemination.

So let’s kill them. Or at least make a pact not to write them as we usually do.

Usually the structure is simple:

Paragraph 1: A boring explanation that goes something like “Today company X (a company doing a thing, described in the most painfully asinine way possible) announces Y, including Z.”

Paragraph 2: A quote. Then possibly an elaboration. Possibly someone is delighted, excited or thrilled to do something that isn’t delightful, exciting or thrilling.

Paragraph 3: Another quote. Some sort of closing statement.

At no point are these press releases interesting, for the most part, with little or no actual information. Mostly it’s a bolstered pile of doo-doo weighing in at an unsightly 400 words that you must sift through to find a potential diamond (or cubic zirconium, if we’re being totally honest) of actual news.

Tesla’s amazing release about the best safety rating of any car ever tested breaks any rules I’ve read about press releases with good reason. 830 words long, it’s full of information. Full of it. It doesn’t mess around, it’s not fluffy, and anything it says is matter of fact. Take that opening header, for example:

“Independent testing by the National Highway Traffic Safety Administration (NHTSA) has awarded the Tesla Model S a 5-star safety rating, not just overall, but in every subcategory without exception.”

How amazing is that statement? I don’t see anything fluffy. It reads almost like a legal brief. This juggernaut says more in 800 words than 800 press releases stuck together, including incredible understated facts like:

“While the exact number is uncertain *due to Model S breaking the testing machine*, what this means is that at least four additional fully loaded Model S vehicles could be placed on top of an owner’s car without the roof caving in.”

Thank you. Thank you for not saying how “incredible” the model S’ chassis is. Thank you for saying “hey, it’s pretty hard to break, in part because it is so strong it *broke the car breaking machine*.

Here’s what we can do to make press releases this awesome:

1: Don’t do a press release

If you’re sitting there thinking “maybe this isn’t a good press release” then perhaps there’s no need for it. Unless someone signed a contract saying that one had to be done, just don’t do it.

1.5: If you are doing one for reporters to use to write a story, just write a goddamn FAQ

2: Write literally what is the news

Is your client releasing a new version that has a plugin that sends emails that have dogs in them? Then just write that. Is your CEO really happy about it? Say why, but only if his reasons are actually legitimate. Perhaps people might have reservations about this dog-emailing – he should address them! If not, then tell him to shut up. Or her, I’m egalitarian.

Nobody needs quotes unless they have a significant impact on the world. Yes, there will be exceptions, but for the most part your two-bit startup or SaaS-for-whales emporium probably has nothing of worth to contribute in a quote. If someone wants a quote, they’ll ask. Nobody is not going to write a story about your stupid company if there’s no quote. If they got up the interest to write, they’ll ask.

4: Use bullet points with headlines

5: Try and make it worth reading

I’m not saying make it an opus, but think about things you read that made you laugh or interested, then write like those.

This isn’t a place to think “hmm…how can I make my brand consciously engaging?” In fact, if you think that, take your electrified computer on your next trip to the bath. This is a place to say “how could I get a person who by default probably hates my industry and wishes he wasn’t reading this release to keep their tired, baggy eyes on it?”

6: Don’t do any more releases about executive hires unless they are actually a big deal

The litmus test to see if they’re a big deal: did they hold a *C LEVEL POSITION IN A FORTUNE 500 COMPANY*. If they did not, delete the release. If the client pushes, push back as hard as possible. Don’t lose your job, though, I don’t want that on my conscience.

The press releases that plague the world are for the most part utter drudgery to read. They’re painful and boring and masturbatory. If we can all decide that it’s no longer about ‘branding’ and all about saying ‘hey, this is happening,’ and enjoy writing it like we enjoy writing blog posts like these, maybe our lives will be better.

Oh, and finally, if you don’t enjoy writing, goodness knows you shouldn’t be writing a press release. 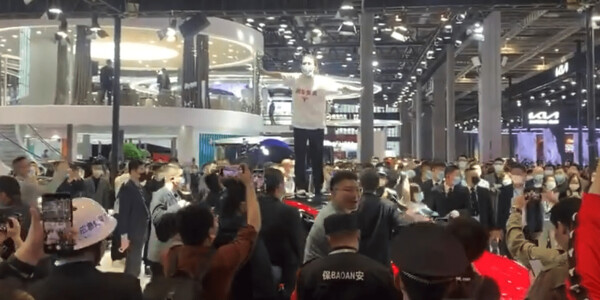