We’re big fans of Kickstarter here on The Next Web. In fact, we’ve covered tons of project searching for funding in the past, including SkyLight and The Prop. Kickstarter’s success is a true testiment to the widespread talent that exists throughout the world, and it democratizes the entire invention process by letting consumers decide what is worth hitting the market.

While the site is filled with projects ranging from Typefaces and films to books and board games, I find most of my favorites end up being gadgets. And in that spirit, here’s a roundup of the best new, innovative tech projects on Kickstarter! 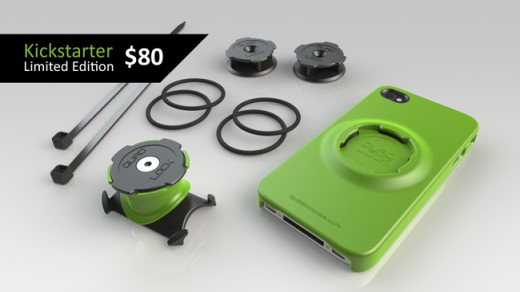 The Quad Lock is an iPhone Case Mounting System created by Rob Ward & Chris Peters. It is literally one of the best project I have ever seen (so far) on Kickstarter. The Quad Lock gets big points for simplicity, ease of use and highly thought out mounting options that work on everything from mirrors and walls to bikes and you car dashboard. 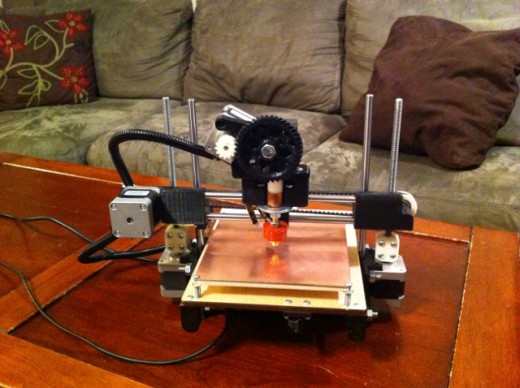 Printrbot, by Brook Drumm, is your first 3D Printer. It’s “a 3D printer kit that anyone can build.” And since it’s starting at $200, an impressively low price, you can own your own. The best part: one Printrbot can build another; it’s a self replicating machine. They currently need funds to scale production, so give the project a look if you’ve ever wished you had a 3D printer or lazer cutter of your own.

Stephen Kitto’s magnetic top water bottle is so mind-numbingly simple, it’s hard to believe it doesn’t already exist. The magnetic lid means you’ll never end up losing it. His plan is to build a water bottle that will last a lifetime, and the magnetic top is a practical, yet novel piece of that puzzle.

Styló Stylus: Stylus by Nature for the iPad 2 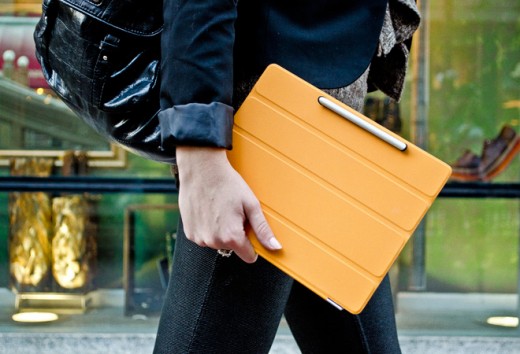 Yes, there are more styli for tablets than I could possibly count, but Styló grabs my attention because it has an unusually styled tip (it isn’t modeled after a pen) and it’s magnetic, which lets the stylus stick to your iPad over a smart cover. Designer Nikola Zistakis states: 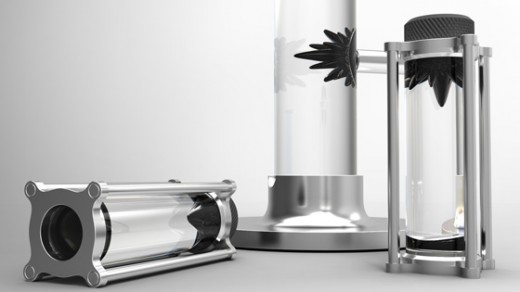 Ferrite  is an interactive liquid sculpture created by David Markus. David explains the wonders of ferrofluid, and extraordinary material that reacts to magnets in a beautiful way.

Although dozens of applications for [ferrofluid] have been found – from hard drives to loudspeakers – its most impressive is arguably as an interactive display.

By applying magnetic fields of different strengths, different shapes and formations begin to appear in this otherworldly black liquid. By suspending it in a clear liquid, even more interactive qualities are exposed. 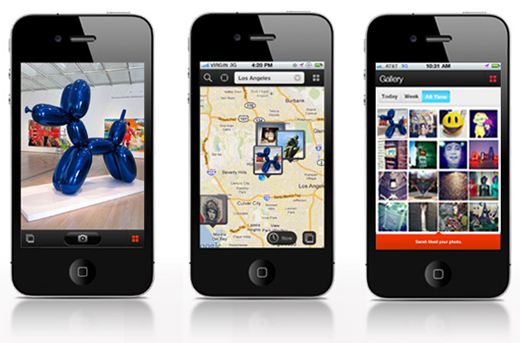 Tristan McGann & Stephanie Day need help building Their ArtSpot app, which they hope will become “the largest searchable, location-based database of art in the world…a global art gallery!” The app will allow anyone to find art nearby via map of user submitted “Artspots.”

Your favorite artists work might be literally on the same block, but without ArtSpot you wouldn’t know unless you stumbled upon it.

QuNeo, by Keith McMillen, is one of the coolest Midi controllers I’ve ever seen. It packs 27 pressure, velocity, and location sensitive pads, sliders and rotary sensors — in other words, it would make every electronic musician’s mouth water.

QuNeo is a different species of pad controller for electronic musicians, DJs, VJs and DIY hackers. While it covers all of the functionality of other pad controllers, QuNeo adds the power of touch recognition in other dimensions.

There are tons more projects worth checking out, and the best way to find them is by searching through Kickstarter. You can also discover projects through curated pages by the likes of Youtube, Sundance and GOOD.

Did we miss a project that caught your eye? Are you working on a Kickstarter project of your own? Let us know in the comments!