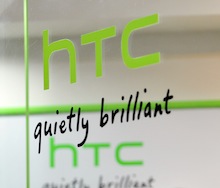 There’s more bad news for struggling Taiwanese smartphone firm HTC. The US International Trade Commission has found in a preliminary ruling that HTC infringed two Nokia patents in the making of its mobile phones and tablets, Reuters reports.

Nokia filed the complaint last year over the two patents, which describe signals sent or received by mobile devices. The Finnish company is seeking to block the HTC Amaze 4G, the Inspire 4G, Flyer, Jetstream, Radar 4G, Rezound and Sensation 4G from the US market.

The final ruling is expected to be made on January 23, 2014. A Nokia spokesman told Reuters that “Nokia is pleased that the initial determination of the ITC confirmed that HTC has infringed two of our patents.”