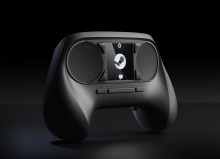 Valve’s massively popular PC gaming platform and distribution service, Steam, now has over 65 million registered users. Across PC, Mac and Linux, the number of active users has also increased by 30 percent over the last 12 months.

Steam has close to a monopoly on PC gaming, built on the popularity of its own titles, some world-renowned quick fire sales and a reliable platform that is part storefront, part digital library and part in-game chat tool. With over 3,000 games and software titles, nothing else really comes close.

Valve will be looking to expand its influence next year when it launches its own Linux-based operating system, Steam OS, as well as the Steam Controller and the highly anticipated Steam Machines hardware for high-end gaming.

Who said PC gaming was dead?