A few days ago, our own Martin Bryant published a post cleverly titled ‘What would an Apple moonshot look like?‘ I was intrigued by the question and read the post, and found myself feeling slightly disappointed because Martin didn’t really answer the question. His point, of course, was that because Apple and Google are such different companies it is simply impossible to predict Apple’s moonshots.

He is right, but I felt challenged anyway and decided to come up with a list of things Apple could work on. One major difference between Apple and Google is that the former has always followed Steve Jobs’ mantra that ‘real artists ship’. What he meant is that innovation in a lab, shielded from an unforgiving real market, is simply too easy, and doesn’t even count.

Who cares about a self-driving car unless you can buy one? The iPhone isn’t just special because it is a cool gadget but because they managed to produce millions of them when most of the technology hat made this magical machine possible was still new and unproven. In that sense Apple would have a different definition of ‘moonshots’ than Google’s.

But hey, this is a column so I’m fine with comparing ‘Apples’ and oranges. Here is my lists of moonshots Apple could be working on and which would be inspiring and game-changing. 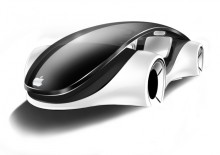 Steve Jobs often used to mention cars, and how they were stuck in the past. About innovation in the car industry he said the following:

“You know how you see a show car, and it’s really cool, and then four years later you see the production car, and it sucks? And you go, What happened? They had it! They had it in the palm of their hands! They grabbed defeat from the jaws of victory!

After Jobs died this is what Apple board member Mickey Drexler said in an interview:

He never did design it, but that doesn’t mean they didn’t get started on it. Of course Google is working on self-driving cars, but they were working on Android as well when the iPhone came out, and we all know what happened next.

I could imagine Apple launching a car, or the next version of a personal transportation device, that resembles a car, in the same way Segway introduced their personal transporter. It would blow everything else out of the water. Just like with the iPhone, the automotive industry would dismiss it at first, ridicule it even, until it would be too late. 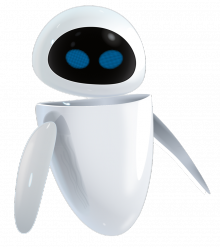 Or maybe they skip cars and go straight to airplanes? Maybe the current state of personal airplanes is like the MP3 player market before the iPod came out. They were bulky, heavy and hard to use. Now image Apple coming out with a shiny, white iOS-controlled flying saucer that resembles Eve from WALL·E, that is quiet, fuel-efficient and as easy to use as an iPod.

The movie business has gradually evolved over the last 100 years from silent movies, to color, to 3D and stereo sound. A true paradigm shift would be movies that make you feel like you are IN the story instead of watching it on a big, bigger or even bigger screen. That would require a brain-interfacing, erm, interface. That doesn’t exist yet, and that makes it a true moonshot.

Imagine experiencing a movie as if it would be a memory or dream, where you realize it isn’t real, but only because you know that. Pain would feel real, you would experience temperature changes, wind, emotions, sickness and everything else. All your senses would be used. And all these experiences are available for rent through iTunes of course, for only $9,99!

This isn’t so much a moonshot as something that needs some attention, and Apple certainly could fix this. If they could come up with a simple interfacing gadget that connects to fridges, washing machines, doorbells, your heater, coffee maker and all your light fixtures and make it easy to manage all of this from a device then I would just be thrilled.

Yes, Google bought robotics company Boston Dynamics last week so seems ahead in the robotics game, but it would make more sense for Apple to come out with a beautifully designed personal robot that cleans your house, makes you a cup of coffee or can help you out of bed if your health isn’t what it used to be. Google’s robot would be extendable, accessible, easy to upgrade. Apple’s robot would be beautiful, closed, expensive but very useful.

I have written about an Apple moonshot before based on the iWatch. Apple could disrupt and revolutionize the medical field if they sold the iWatch with embedded sensors that could predict and detect illnesses. It would be able to warn your doctor, who would use his iPad to see the health of all his patients, wherever they might be. You would receive a push-notification from your doctor a few days before an upcoming flu and the directions to the nearest pharmacy where your medicine is already waiting for you. It would even block your calendar in advance of any predictable diseases.

Over time Apple could introduce extra accessories like a pacemaker and cochlear implants, and slowly add more digital enhancements that would make you feel like a superhuman. They would skip glasses and move straight to bionic eyes with brain interfaces.

Apple worked on the technology for the iPhone for more than ten years before we first heard about it, and then we could buy it six months later. No doubt Apple is working on things that now seem like moonshots, but we won’t hear about them until they become reality, and once we buy them, they will seem no more than logical.