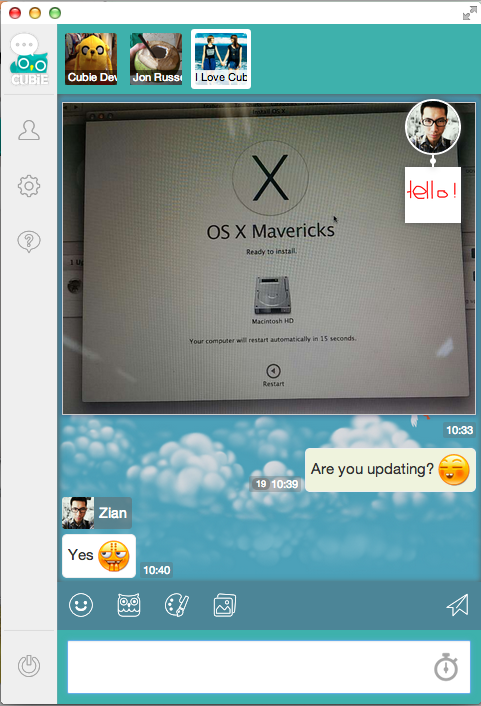 Cubie, the multimedia-focused messaging app backed by 500 Startups, is the latest to offer a desktop version of its service, giving its 9 million registered users support beyond its iOS and Android apps.

Rivals like Line, Kakao, Skype and Viber offer fully-fledged desktop apps, but Cubie’s is a Chrome packaged app — something we at TNW are big fans of.

The Cubie desktop app supports text chats, photo sharing, stickers, drawing and Snapchat-like ‘whisper’ messages. Users can head to cubie.com/desktop for instructions on how to get the desktop app.

Cubie’s James Hill tells us that developing for Chrome comes with a lot of benefits:

Developing a Chrome app feels more like mobile than Web, it was easy to build a client for Cubie that would be lightweight without sacrificing functions available on mobile. Plus, it’s a work in progress so we can add to it in the future.

➤ Chat on Cubie from your desktop [Cubie blog]

Related: Cubie lands $1.1m to grow its Draw-Something-meets-WhatsApp service in the U.S. and Japan