The news yesterday that yes, Google really is working on augmented reality glasses, was undeniably impressive and as a quick-off-the-mark video that we shared earlier shows, there are plenty of potential downsides to the concept too. However, for better or for worse, Project Glass is setting us off on a road to an even more intimate relationship with the Internet.

Sure, version 1.0 of these glasses is likely to be buggy, expensive, and a little underwhelming (just like any new technology), but looking forward around five years to when they’re finely honed and inexpensive (unless you pay a premium for any ‘Apple iGlasses’ that may appear, maybe), or a bit further forward to AR-enhanced contact lenses, how might our world change? 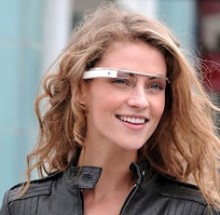 In the short term, anyone wearing a pair of Google glasses is going to be plainly obvious, as they hardly look like your average prescription specs. In the future though, it may not be quite so obvious who’s wearing ‘smart’ glasses and who isn’t. Will our behaviour change? It will only take one video of a supermarket cashier being needlessly rude to a customer going viral before shops may start putting up signs asking people to remove their glasses at the counter.

How about our behavior in the street? Many of us in countries like the UK are watched almost continually in urban areas by security cameras, but the limited audience able to view and access those video feeds means that we still act as if our actions aren’t being recorded – we’re comfortable to act naturally in the street.

That could change very quickly if everyone has the potential to capture our every moment without us knowing. Out on a Saturday night acting drunk and a bit foolish? Or maybe stone cold sober on a Monday afternoon and accidentally (and embarrassingly) trip over in spectacular style? Someone’s AR glasses could record the moment, use facial recognition to identify you and publicly shame you by sharing it online, tagged to your Twitter account so that the whole world could laugh at your misfortune and know exactly who you were.

The humorous video I linked to at the top of this piece made a serious point about the police potentially wanting to access information recorded by your AR glasses. There’s no doubt that it would be a significant new source of evidence, from perpetrators, victims and witnesses of crime. Will this make certain types of crime less common? And will the police have special versions of these glasses that show even more information about us?

In tense situations like public protests, police wanting to assert their authority could scan a crowd to pick out those with criminal records to keep a special eye on, and may be more likely to arrest them based on the background information they pull up from their glasses. Suddenly, trying to forget that minor criminal charge you received ten years ago and have otherwise moved on from could be a lot harder.

Oh, and facial recognition won’t be perfect – what if you’re falsely identified as a pedophile by someone with a violent disposition?

Reporting events around us 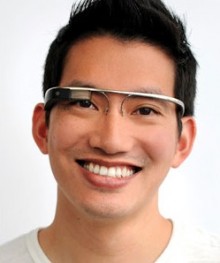 ‘With a smartphone, everyone’s a journalist’, or so some say. As it stands, you have the potential to capture and share newsworthy moments that you encounter in real-time, either as text, audio, photos or video. The problem is that you have to pull your phone out of your pocket, load up the right app, frame a photo or video and capture it. The moment may have passed by then – I know I’ve missed plenty of great photo and video opportunities simply because I couldn’t get set up in time.

With AR glasses, suddenly capturing any moment is a voice command or button press away, recorded in a simple, unobtrusive way.

It can already be difficult to completely disconnect from the Internet  – especially when your mobile phone beeps with new emails, Twitter alerts and more around the clock. Project all of this information onto your field of vision, and suddenly – as useful as it may be – it will be easy to feel overwhelmed by it all. Emails, video call requests as you’re walking down the street, ads… Sure, you can take the glasses off, but when they’re so useful for keeping in touch with the world, will you want to?

It’s easy to imagine that the term ‘information overload’ will be taken to new heights (and depths) when every alert and online social interaction is flashed in front of your eyeballs in real-time. Oh, and you’ll bump into things through being distracted. A lot.

I realise the points above make me sound like some technology-hating Luddite – I’m not, I really want to try these glasses and will probably end up wearing them when I can afford them. There are some great opportunities for new forms of self-expression.

You know when you look at something – perhaps a landscape – in real-life and it’s beautiful, but you can never get a photo to capture the same view as your eyes see? The camera in Google’s glasses won’t be as good as your eyes or course, but it will at least be able to frame an image in exactly the same way as you see it, making quick shots of the world around us easier than ever to take and share.

Ever seen the TV sitcom Peep Show? Imagine a new form of video blogging that takes a true first person perspective, with audio commentary, and uploaded right after recording from wherever you are. Sure, you can do that with a smartphone, but it’s not exactly convenient to hold your phone up as you walk around. From a true first-person perspective, it could be a fresh take on sharing the world around us.

So, come on Google, give me a pair of these glasses and let’s see how much they can really change the world.