Global reach: a concept essentially unheard of for entrepreneurs before the digital age. Today, not only is global reach a reality, it is the only realistic way to maximize revenue. And there is no hotter digital commodity that smartphone apps which are growing in demand, on a global scale, at the same pace as smartphones. This is a historic moment for any developer to truly go global with their product.

App downloads are soaring across the globe and consumers have unprecedented access to information at their fingertips. For example, the Apple App Store now hosts 500,000 apps, across over 40 languages, with tens of thousands of unique developer teams. Whether it’s a young boy downloading a casual game in China or an avid runner looking for a pedometer application in Germany, today’s mobile technologies, spearheaded by Apple, are available internationally, and mobile app developers have the potential to reach foreign markets with ease.

In a world where language and culture are central to a product’s success, it is now more important than ever for you to cater your mobile apps to a specific audience. But a simple translation is nowhere near adequate if you want to uphold a respectable developer reputation; complete localization is crucial if you want to reach untapped markets and increase profits. By modifying your mobile app so that it considers both the linguistic and cultural differences, you can offer a more personalized app to your target audience. Localized apps that are linguistically and culturally appropriate not only offer users a much more compelling experience, but also greatly increase your app’s discoverability in country-specific app stores.

Below are five points to consider when going global: 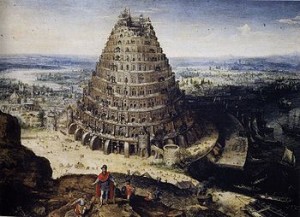 If you have any intention of localizing your app, then it will save time and money to build the app from the beginning with localization in mind. All content that “speaks” to the user will eventually need to be translated. Every button, every error message, every graphic that contains text will need to be translated, and any spoken text in the form of audio that conveys a message to the user will need to be re-recorded in the appropriate languages. Doing so will not only make the localization process easier in the long run, but it will ultimately increase discoverability of your app.

The layout of your mobile app also makes a difference when localizing. Screen real estate is limited. You should keep this in mind as while designing the user interface of your app. Most text will expand when translated. In general, German text expands by approximately 30% when translated from English. So those three horizontally aligned buttons at the bottom of the screen in portrait mode, with a few pixels to spare between each button, will probably break when translated into German. It might be better to stack the buttons vertically and allow each button to expand to the width of the screen when translated.

Deciding in which languages to localize your app is a crucial decision, and it’s important to understand the device ownership profile of your target audience in the new country. Smartphone penetration and OS dominance can have a major effect on ROI, as well as virality. For example, India’s smartphone penetration is paltry compared to that of South Korea’s. Know your market size potential before you invest the money in localization.

To find out what is culturally accessible, check the app ranking charts in each target country. This way you can get a flavor for what is popular or what is non-existent, capitalizing on an opportunity to deliver something unique.

When it comes time to translate your mobile app, the smallest details can make a big difference between cultures. For example, dates and times are displayed differently throughout the world. In most European countries, the format is Day/Month/Year, unlike the US, which is Month/Day/Year. In Japan it is Year/Month/Day. Make sure you use the appropriate international date and time functions when coding your app. Sunday might be the first day of the week in the US, but this is not the case throughout most of the world, where Monday is considered the first day of the week.

If you want to supercharge revenue, you might want to consider external help to drive downloads and increase visibility of your app in a foreign market. Companies like AdMob, Appia, GetJar, Tapjoy, Fiksu, Millenial Media, Moolah Media, Papaya, OpenFeint, InMobi and Flurry, to name a few, have insights into the international markets and can help you generate new customers and increase sales of your app.

In particular, there are specific companies that help mobile game developers enter foreign markets like in The9 in China and GREE in Japan. They have deals with major app stores and handset companies creating a one-stop shop for distribution. Companies are springing up quickly in other major markets.

At the end of the day, you have the content, the tools and the potential to reach new markets and increase revenue by localizing your apps. Not only can you boost the influence of your app, but you can also share your work with a global audience, and treat your non-local users fairly. Global users do not see such treatment regularly and they will see your app in a much more positive light.

Not all languages and cultures are the same, and those differences need to be considered when you choose to go global. International users are hungry for relevant and awesome app experiences, and localization gives you a leg up at reaching these new consumers.