Disney movies are coming to YouTube, following a deal announced today. Great animation movies such as “Cars,” “Cars 2” and “Winnie the Pooh” will be available for rental on the video platform, making it an obvious online destination during the holiday season.

Yet, this also raises questions with regard to YouTube’s positioning and strategy: is it a portal on which parents want to see their children spend time? While this concern also exists for other supports, such as TV, it appears that YouTube faces very specific challenges if it wants to become a kids-friendly destination:

This is a well-known fact in the film business: Google’s belief in the power of search is almost ideological. This philosophy also applies to its video platform YouTube, where organic search still dominates. The problem from Hollywood’s point of view? Not pushing content editorially means that movies can be buried in the middle of random amateur videos. 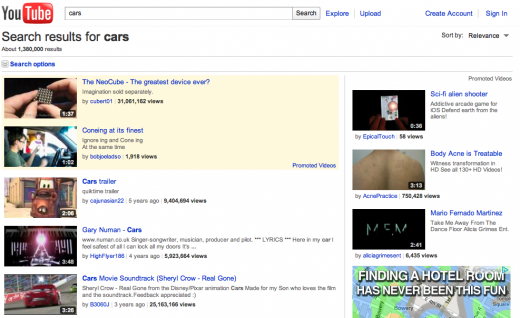 Not only did it make the first movies Google licensed very hard to find, it also doesn’t create a very favorable environment for kids. Still, YouTube seems to be learning lessons, and its decision to increasingly promote its Movies landing page seems to go in the right direction.

The quality of comments on YouTube is notoriously terrible. Not only is this section completely overtaken by an army of trolls, but the moderation is also very low, which means that offensive comments remain visible for a very long period of time. While it has become more of a joke among adults, it’s not something we usually want the kids around us to be exposed to.

According to YouTube’s own Terms of Service, minors under thirteen “may not use the Services”:

While this may only be legalese to comply with US legislation, mentioning the necessity of being supervised by an adult would make much more sense.

This also clashes with making Disney animation movies available on the platform. Overall, this deal comes across as paradoxical from a film studio like Disney, which seems to be putting a lot of effort in making its kids’ social network Club Penguin a safe playground for children. 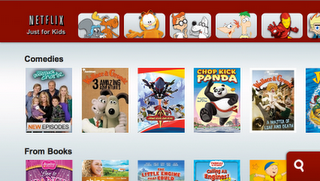 YouTube includes a “Safety Mode” which should prevent users from accidentally stumbling upon offensive content, but it’s still fairly limited. In contrast, Netflix, which is competing with YouTube, offers a “Just for Kids” section, also available on TV sets via Nintendo’s Wii. 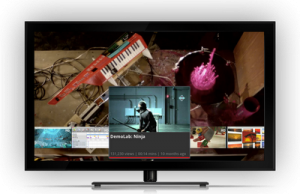 In the end, it all comes down to vision: is Google prepared to do what it takes to bring its platform to the next level? The customized version of YouTube created for its updated Google TV seems to show it is the case.

Yet, this is not only about building a “Leanback” experience; if YouTube wants to enter families’ living rooms as a central entertainment destination, it will have to make sure children can use it safely.

Do you think YouTube can become more kids-friendly? Let us know in the comments.