Well this has to be a first for a software company.

Jason Fried, co-founder of Chicago based software firm 37signals, has revealed in a piece on Inc Magazine that the company has hired a full time filmmaker to capture the company’s day to day runnings and highlights.

In an ad placed back in July, the company described what it was looking for in a full time filmmaker:

We’d like to break new ground here – most videos about software are sleep-inducing or cringeworthy. We’re looking for creative leadership. What’s possible? What would be interesting and entertaining to get on camera? We want videos that people watch from beginning to end.

And after over 100 applications, the company ended up hiring Shaun Hildner, a Chicago-based filmmaker. 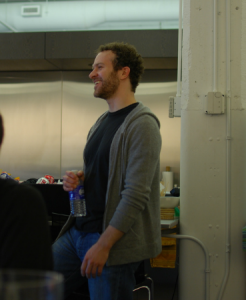 The plan? To release approximately 25 videos over the course of the next year sharing 37signals’ stories inside the office and out.

And while there’s a part of me that thinks this is a pretentious play by a company that might have a little too much money to play with. Another part of me feels this is in fact rather ground breaking.

While 37signals isn’t quite an Apple or Google just yet, it does have a significant fan/userbase and many people out there will be very intrigued to witness and learn about the inner workings of a truly unique company through video.

There’s no doubt, 37signals and its team have the potential to become an iconic example of a company that went against the grain and succeeded. Rather than focusing on huge funding rounds, a sale or an eventual IPO, the company decided to grow slowly, never take on debt and create simple mass market products that grew in user base gradually.

The company may very well be studied in the future for its contrarian culture and that being so, many a student might find themselves grateful Fried and his team decided to do document its life on video.

What say you? Pretentious or cool? Can you see yourself hiring a full time video maker to document the life of your company?