2020 is only six years away and yet it’s a nice round number to use as a milestone from which to judge the progress of technology in the 21st Century.

Shift 2020 is a new book that has compiled predictions about life in 2020 from a wide range of thinkers and doers in the technology sector. After a successful crowdfunding campaign, the book is available digitally in a Kindle edition and iBooks-compatible version, and in paperback and hardcover versions if you’re an aficionado of physical media.

Here, we’ve picked out twenty excerpts from the book that we thought were worth sharing. We don’t necessarily agree with them all but they certainly capture the current spirit of optimism amongst technologists that arguably hasn’t been matched since Mars colonies and flying cars seemed close to reality in the 1950s and 60s. 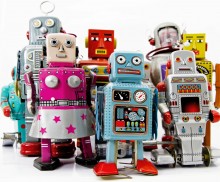 “There will be more robots used as therapists, companions, assistants, and even friends to help people in their every day. People will be able to purchase their robots through Amazon-type vendors they will customise them according to their needs through bots sold in digital marketplaces similar to iTunes or Spotify.”

“City governments will become trusted exchanges for alternate forms of currency such as Bitcoin, Litecoin etc. This will create an additional revenue channel for cities, as well as provide a safe way to buy and sell alternative currency.”

“Once all the buzz and hype around smart cities subsides, and we realise that even the most advanced technology has limits (and that packing vast numbers of people in the same space and relying on bits and bytes for it all to work is not the future), focus will shift towards smart villages, and how we build a distributed network of smaller, sustainable population centres.

“We’ll see a blending of traditional thinking – community building, local production and consumption, integrated rural transport systems, local currencies and an equal focus on quality of life and quality of environment – all promoted, supported and maintained by the use of traditional, appropriate technologies and the latest digital networks and devices.”

“Guaranteed minimum incomes in one country after another as machines displace most of the human job market… Although a few very rich men continue to own most of the world’s money, women’s employment and spending power surpasses men’s.” 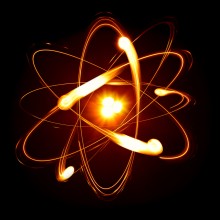 “In the pending nanomobility era, I predict telepathy and teleportation will become possible by the year 2020 – with both commonplace by 2040…

“By 2020, I predict people will become incubators for personally controlled and protected Embodied Application Platforms and Body Area Networks, with a primary source-code Physical State and hyper-interactive genetically reproduced Virtual States. All states would host a mass of molecular-sized web-servers; IP domains and AP transport protocols capable of self-sustaining replication, atomically powered quantum computing and persona-patented commerce. I have coined the phrase nanomobility to capture and describe this new uncharted state.

“2020 will be the dawn of the nanomobility era – somebody or some group may call it something else by then, but whatever it may be called in the future, you need to be ready for it now.”

“We have a short-term problem where governments and big companies are spying illegally on their citizenry (because they can). While this is a major issue in the short term, in the medium term we’ll learn how to turn that lens back the other way and start demanding answers. As an early indicator of this, in Russia (which is quite lawless), everyone has dashboard cameras to protect themselves from police corruption and insurance fraud. They’ve learned how to point technology the other way and we expect that to happen everywhere.

“The Sunlight Foundation in the U.S does an amazing job of correlating votes of elected officials with the people that funded them. So, we’ll get to a much more two-way street on surveillance, but the transition will be ugly.”

“Education will all be about creativity. The way we are taught will adapt to the student, enhancing their inherent abilities. The world is moving towards specialisation, while education has been trying to assembly line workers. Machines will take these jobs and humans will need to focus on our differentiating feature, creativity.” 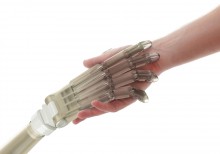 “Robots are becoming part of our world. By 2020, we will have experienced a massive increase of robotic technology in the military, healthcare, education, transportation, in our households, and in our children’s toys. These contexts raise ethical issues, and we will be tasked with discussing new legal rules to deal with them. Alongside liability and privacy concerns in the face of increasingly autonomous technology, the emergence of robots that are designed to interact with humans on a social level will raise questions about our relationship to – and treatment to– robotic objects.

“Studies are beginning to show strong tendencies to perceive social robots differently than we do other things. By 2020, we will likely begin to start thinking about the implications of our children’s interactions with toys, our elderly patients’ relationships with medical robots, how we should react to sexual practices that we have made illegal when performed with living beings, and other issues surrounding our natural tendency to bond with moving objects that simulate lifelike qualities.”

“We may lose as much as 25 percent of ‘simple’ jobs because of smart machines, AI, robotics and automation, e.g. data input clerks, analysts (some), check-out clerks, cab drivers etc. In the next 25 years it may be as much as 50% as ‘machines’ get even better. As a result we may see countries (or states/cities that implement a minimum guaranteed income for each resident, regardless of employment status, and we will certainly see a new definition of GDP as a result as well (maybe even ‘gross national wellbeing’). 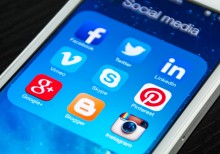 “One would like to imagine that social media will face a backlash from humanity, irritated and swamped by the constant stress of it all, but that seems unlikely. We will see people overwhelmed by messages and information, and the first wave of products that aim to automate friendly interactions – a nuanced extension of “out of office” messaging, enabling people to be socially polite and at the same time get the hell out of the freaking conversation.

“There will indeed be an emergence of far more sophisticated city apps that will empower its citizens to interact with their urban (local and wider) community environment. Such apps could provide the ability to keep its citizens updated on emergency situations such as earthquakes, or other such potential threats to the social well-being, gas leaks, terrorism, and riots – apps that enable the city to communicate and interact with its citizens.”

“Our offline and online experience will be merged, mediated by a technology that offers a continuous stream of information, context, personalization, socialization, shopping, recording of the experiences and feedback. The physical world hyper-beings inhabit will also be altered by technology – with the effects of climate change raging and no solution in sight, their enclosed neighbourhoods have adapted to create a comfortable micro-bubble…

“With little incentive to branch out of their bubble and nothing in common with those outside of it, these Brave New World denizens will choose to live happily in their clean, safe, techno-immersed world.”

“While technology is promising abundance, people will be still slow to adopt new technologies, burn-out might become pandemic and there will be a backlash to hyper-consumerism in the developed world, while emerging countries will have increased appetite to catch on to hyper-commerce. The sharing-economy, DIY and maker movement are elements of the desire to stay in control and also to have quality “off-grid” time. People will crave “authenticity” in products and human connections for a premium.

“Artists, scientists and intellectual leaders have to work hard to help slow-adopting governments to understand this dramatic change and co-develop a positive utopian vision how to cope with this radical change for society.”

“Data storage will be an unprofitable business when people and organizations will start to request services that properly organize their digital mess and remove anything that is not relevant. In some areas of the world Mafias will run those services. In other parts, TV stars will promote programs that help you lose your data weight in the cloud in little time and Greenpeace will launch a global campaign to promote an eco-friendly “life without the cloud”.”

– Fabien Girardin, Co-founder and Partner at the Near Future Laboratory

“Governments measure this strange metric called employment or jobs, something that we attend and get paid for. The nature of work is changing and we will no longer be employed or go to one place of work. We will use our skills and the market will pay us for creating value. As work changes so does our need for currency and the needs for banks. P2P money becomes real as we move away from having a job and being employed. How will government, democracy and tax work when there is no currency?”

“We will see improved overall confidence in the general population about their creative skills, since they will be able to practice and deploy things they learned in a manufacturer-quality way.

“The maker movement resonates not just with the creative class, but with people who would never consider themselves to be traditionally “creative” – opening up a whole population of pragmatists who can now make extremely useful ‘artwork’ by learning the basics of code, design and desktop milling.”

“Young African startups will achieve considerable impact should they embrace cutting-edge innovations in big data analytics, sensor technologies, wearable devices, etc., and successfully combine these with prevailing socio-cultural norms such as the strong sense of community and collaboration in many African societies to create context-sensitive solutions.

“To this end, I can see sub-Saharan Africa becoming a hub for the creation of low-cost but highly effective technology services to address major social challenges, thus bolstering the growing trend of reverse innovation.”

“Neuromorphic computing by IBM (computing based on neural activity) will merge with IBM Watson in 2016. Together with Brain Computing Interfaces (BCI), Quantum Computing (dWave Systems and TU Delft), the new AI developed by Ray Kurzweil within Google and Stephen Wolframs’ just released Universal Computer (Wolfram Alpha) we will reach the point of reverse engineering the human brain in 2017 and accessing all the worlds’ data using advanced search and APIs.

“This will be the biggest event and breakthrough in the coming decade impacting all sectors, organizations and all decision-making processes by individuals as well as groups.”

“The high penetration of mobile devices and the fact that there is already an understanding of mobile payments systems means that Africa has the potential to leap-frog other areas to be at the forefront of new digital payments and remittance systems. The lack of legislative precedent around digital currencies provides a huge opportunity for African legislators and technologists to lead the world. A sensible implementation with reasonable Know Your Customer and Anti Money Laundering requirements could show the rest of the world the way.”

You can read the full versions of the predictions above, plus contributions from 55 more people in the book Shift 2020.