This article was published on November 29, 2013

Belle Beth Cooper is the co-founder of Hello Code and Content Crafter at Buffer.

If you’ve paid any attention to the recent surge of interest in the quantified self movement, you’ll have heard this magic measurement, “10,000 steps,” bandied around. For many of us who have only recently jumped on the quantified self bandwagon and grabbed an app or a dedicated bit of gadgetry to track our daily activity, it may be the first time we’ve heard of this supposedly perfect goal.

While some tracking services let you set your own goal based on how much activity you want to get done each day, many recommend 10,000 steps and some, such as Fitbit, even have this as a pre-set goal for everyone.

For example, I personally use both a Jawbone UP and a Misfit Shine to track my daily exercise and sleep. Both of these trackers let the user choose a goal within the accompanying app, though Jawbone has clear recommendations: 8 hours sleep and 10,000 daily steps. 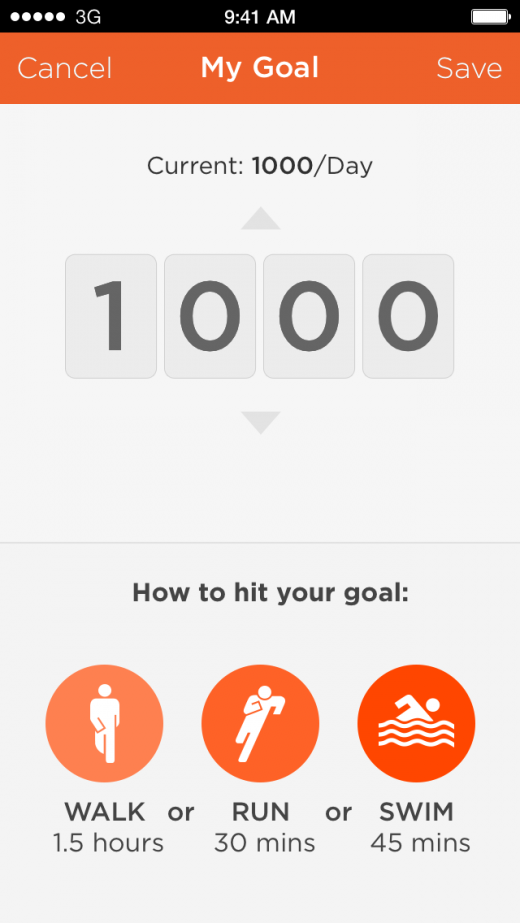 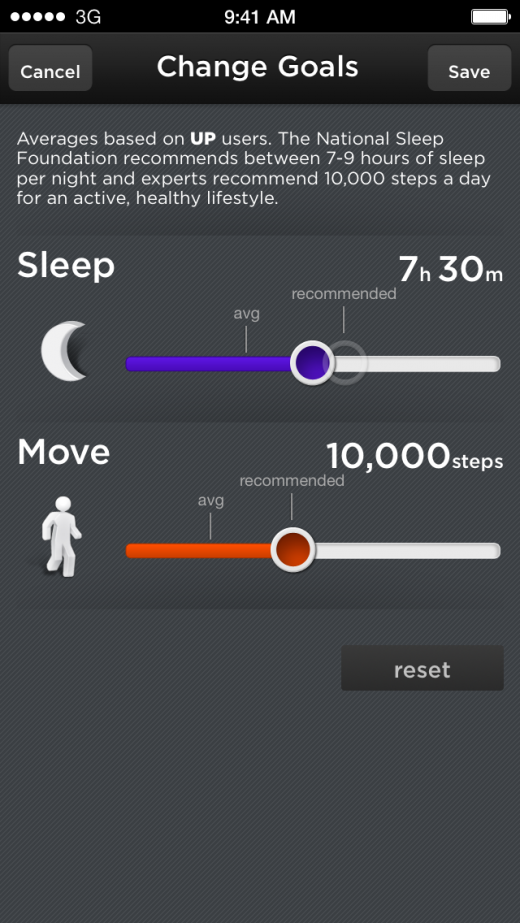 The Shine app uses a points system to set and track your progress toward a goal, translating it into activity time. For instance, my current goal of 1000 points is apparently equivalent to 1.5 hours walking, 30 minutes running, or 45 minutes swimming. As I progress towards my goal, my tracked activity gets translated into number of steps, calories burned and kilometres walked (or run). 1000 Shine points is roughly the equivalent of 10,000 steps, just presented in a different way. So is 10,000 steps really the perfect amount for everyone? And is number of steps even the best way to measure our daily activity?

Let’s take a look at the other options available and why this particular metric has become the favored norm.

How to track your life

An iOS app-only activity tracker is Argus, which suggests 8 to 10,000 steps as a daily goal, with 10,000 being the highest goal you can set. Many other trackers, such as the two mentioned above, let the user have more control, setting goals from as low as 2,000 steps to 20,000.

Other popular trackers like the Withings Pulse, Moves app, and offerings from Fitbit including the One and Flex all count steps in an attempt to help users become (and stay) more active.

On the other side of the table are trackers like the Shine, which translates user activity into proprietary measurements, like points. The Nike+ Fuelband uses Nike Fuel points to credit users for their activity. Unlike a simple steps goal, translating activity into points makes it possible to include fitness activities like basketball or swimming (in the case of the Shine).

Another approach is taken by the recently released iOS app, Human, is to simply track minutes of activity spent. Human comes with one very simple, pre-set goal for the user: spend 30 minutes of your day being active.

With so many ways to track our daily activity, why should we stick with counting our steps? It turns out there’s some scientific backing in this measurement method, though more recent studies have refuted the exact number suggested.

The recommendation that we aim to walk 10,000 steps per day originally came from Japan in the early 60s.

The suggestion came from research led by Dr. Yoshiro Hatano, which showed that people were walking an average of 3,500 to 5000 steps per day. Dr Hatano estimated that walking 10,000 steps would be enough to burn through roughly 20 percent of our caloric intake, on average.

While the research findings made the 10,000 steps goal popular in Japan, it took years for this idea to reach a larger audience. In the early 90s, the increase in obesity rates led to more interest in Dr Hatano’s 10,000 steps research.

More recent research in Melbourne has shown that a combination of gym sessions three times per week and 10,000 steps daily can improve an employee’s productivity to the tune of $2,500 per year.

This daily recommendation is currently endorsed by the World Health Organisation (WHO), US Centre for Disease Control, US Surgeon General, American Heart Foundation, US Department of Health & Human Services, and the National Heart Foundation of Australia to improve overall health and reduce the risk of disease.

However, a collaborative study including researchers from the U.S., Australia, Canada, France, and Sweden discovered that, for weight control at least, the number actually varies quite a bit. Depending on age and gender, this study found that weight control could be achieved with a minimum of between 8,000 (for women 60+) to 12,000 (women 18 to 40 and men 18 to 50).

These estimates to put 10,000 steps snugly in the average seat, however, so perhaps it’s not a bad general goal to start with.

Counting steps isn’t the only option

Supposing we don’t want to count our daily steps to monitor our activity levels, we can look at time and intensity measures instead. Several major health bodies recommend time- and intensity-based daily goals.

The USA’s Centers for Disease Control and Prevention website breaks down official health and exercise guidelines for American adults which can be distilled into this nugget of info:

According to the CDC, walking at a pace of 3 mph (“a good clip but manageable by most”) counts as moderate-intensity exercise.

The recommendation also explains that bursts as short as ten minutes are long enough to make an impact when added up over time. The final recommendation is to try going for a ten-minute brisk walk, three times per day, five days per week, to achieve the total of 150 minutes of activity.

Official guidelines from the Australian government and the American Heart Association recommend a minimum of 30 minutes of moderate-intensity physical activity, “on most, preferably all, days” for adults.

Like the CDC, these recommendations suggest that ten-minute increments are appropriate for accumulating activity over time.

Many fitness tracking devices and apps will show you how many minutes you’ve been active for. Fitbit and the Misfit Shine in particular separate your active time by intensity, as well, so you can see whether you’ve been doing moderate-intensity exercise as recommended.

The Human app is one of the few activity tracking options that primarily focuses on time spent over a score of points or steps.

Choosing a goal for fitness, weight-loss or simple well-being is very personal. So many aspects of our lives affect each other that taking a general recommendation in isolation is unlikely to be appropriate for your lifestyle or help you achieve the results you want.

Ultimately, you need to experiment and work out what works best for you. For instance, you may want to track a time-based exercise goal with a tracker like the Jawbone UP, so you’ll need to make a rough translation of time to steps in order to make this work for you.

Starting with a general guideline can be a useful way to give yourself a goal to work on if you’re unsure of what will suit your lifestyle. Overall, the common recommendation that comes from everyone is to simply be more active. How much, and how you track that, is up to you.