Smartwatches are similar to smartphones and tablets. Gorgeous hardware is of little use to people unless it’s coupled with brilliant software. Pre-installed apps can be a good foundation, but most users want their favorite third-party services such as Twitter, Facebook and Instagram.

The Pebble, Sony Smartwatch 2 and a handful of other niche devices are already available on the market, but their app offerings so far have been limited. Samsung, meanwhile, unveiled the Galaxy Gear last week, claiming that 70 apps will be available at launch. A little more than twelve of those have already been revealed, including eBay, Pocket and Evernote, but that leaves dozens of potentially high-profile apps still to be confirmed.

Apple, Microsoft and Google are rumored to be working on their own smartwatch concepts, so we’ve created a shortlist of the top apps that we think they should be targeting for their respective devices. 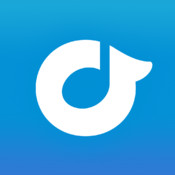 All of these firms will need to offer dedicated smartwatch apps to help users navigate their vast music libraries. The interface also needs to be more than just shortcuts for pausing, shuffling and skipping tracks. Users will want to be able to find new music without digging into their pocket every five minutes; innovative navigation and discovery features are a must. 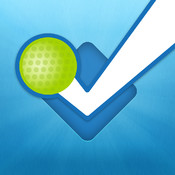 The location-based check-in and recommendation service is a perfect fit for smartwatches. Foursquare‘s mobile apps have always been a handy way of staying notified whenever your friends are hanging out at a nearby bar, coffee shop or restaurant. A smartwatch implementation would be able to show this information, as well as give suggestions for new and interesting places to visit, in an effortless way on a small display.

It doesn’t need a huge swathe of features, just a clear indication of what’s around you and shortcuts for acting on that information, such as booking a table or notifying another user to say that you’ll be there shortly. 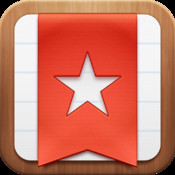 Evernote is already onboard for the Galaxy Gear, but sometimes the all-in-one note taking and productivity app can feel a little overbearing and superfluous for our tastes. Clear, Any.DO and Google Keep have their fans, but Wunderlist is still one of our favorite apps for keeping track of ongoing tasks with an Android, iOS, Windows or Mac device.

Simplicity is key here. We’d love a smartwatch app that shows a clear list of items to complete, ranked in order of importance. Whether you’re picking up the groceries or trying to remember a round of drinks at the bar, being able to check and dismiss them from your wrist would be of huge benefit. 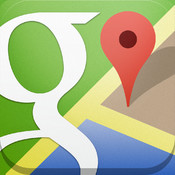 I spend countless hours walking around London with my eyes glued to the Google Maps for Android and iOS app. If I’m heading to a specific address for the first time, either for work or meeting up with friends and family, it’s just the simplest way to quickly find the place without getting hopelessly lost.

Turn-by-turn directions are already in development for Google Glass, but a similar setup should be available to smartwatch users. Similar to an in-car navigation system, arrows could appear with some light haptics to indicate when you need to change direction. 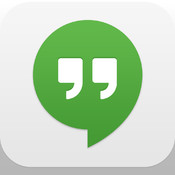 LINE is already confirmed for the Galaxy Gear, but if you’re a devotee of any cross-platform messaging service, you’ll want a dedicated app on your smartwatch.

We’ve chosen Google Hangouts because it can handle group video calls, but feel free to switch this one out with WhatsApp, Facebook Messenger, Skype, or any other messaging app. A smartwatch version should offer a selection of quick, pre-generated responses (typing on a tiny display is never fun), summative stickers and easily dismissible messages. 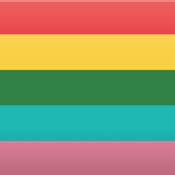 While Google Maps offers some useful information about public transportation, it’s not the centrepiece of the app. Lines is my go-to iOS app for navigating across the London Underground with an iPhone, alongside the National Rail app for tracking overground trains up and down the country.

Regardless of where you live and which app you use, displaying this information on a smartwatch would be invaluable. So if you’re late for work and sprinting out the front door, or crammed into a tube carriage with hundreds of commuters, a quick glance at your wrist will keep you up to speed. 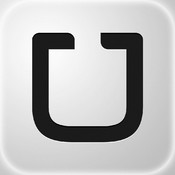 Uber has a lot of fans. Its unique driver-for-hire service, which lets you book a luxury vehicle from an Android or iOS device, has taken over 18 countries and dozens of major cities including New York, Shanghai and Milan.

Tracking the exact whereabouts of your ride has become increasingly important for Uber and independent taxi apps such as Hailo and Kabbee. An Uber smartwatch app could give you a real-time indication of the driver’s current position, as well as a visual notification for when they’re drawing near. 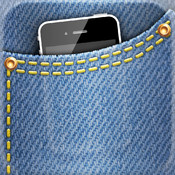 Until the Nike+ platform opens up so that third-party peripherals can collect NikeFuel on an ongoing basis, Moves will remain our favorite pedometer and casual fitness-tracking app (Nike+ Move could change that though).

It means you can ditch the Fitbit, Withings Pulse and Jawbone UP sitting on your desk and track all of your exercise in a single location. The Galaxy Gear has a built-in pedometer app, as well as Runkeeper and MyFitnessPal, but Moves is far more useful for the average person who just want to be a little more active.

A simple readout for current steps, as well as a place for reviewing daily goals is all we ask for. 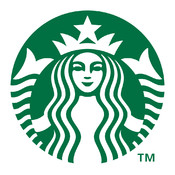 The Starbucks app for iOS and Android is addictive. You load up your account with some credit, then pay for your daily dose of caffeinated goodness by holding the on-screen bar code up against one of Starbucks’ in-store scanners.

In theory, mobile payments should be faster than rooting through your wallet or purse for spare change. But a smartwatch could be even quicker. Just reach out for your cup and tap the scanner with the side of your wrist in one graceful, glorious sweeping motion. 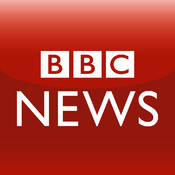 Push notifications for breaking news stories are now my favorite part of the BBC News for iOS app. Occasionally, the audio cue makes me leap a few feet out of my chair (or bed), but that’s just part of the general experience.

Feel free to switch this app with your preferred news outlet. Whether it’s The Guardian, The Wall Street Journal or The New York Times, you’ll want the most important stories piped to your wrist as and when they occur.