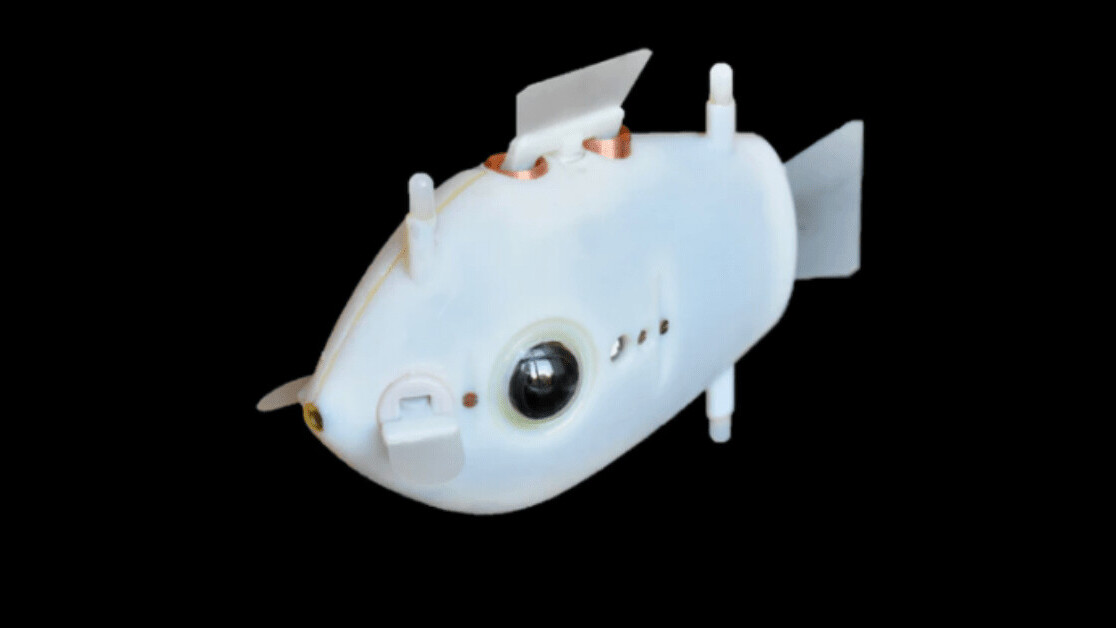 Harvard scientists have created a swarm of swimming robots that could pave the way for new methods of environmental monitoring and searching coral reefs.

The autonomous “Bluebots” synchronize their movements like a real school of fish, basing their individual decisions on the behavior of their neighbors.

The collective Blueswarm deploys a 3D vision-based coordination system and 3D locomotion to navigate, while each individual bot uses two cameras and LED lights to follow its schoolmates.

Their fisheye lens cameras detect the LEDs of nearby Bluebots, and use a novel algorithm to calculate where they are and where they’re going. This allows the school to independently organize its movements.

The inventors say this is the first demonstration of complex 3D collective behaviors with implicit coordination in underwater robots.

Study author Florian Berlinger said the system enables each robot to implicitly react to the behaviors of its neighbors:

The researchers tested out their Blueswarm on a simulated search mission using a red light in a tank.

The bots used their dispersion algorithm to spread across the tank until one detected the light. Its LEDs then started to flash, triggering the aggregation algorithm in the rest of the swarm to pull the entire school around the signaler.

Study author Florian Berlinger said the Blueswarm could be highly useful in areas that are inaccessible or dangerous to humans:

In these situations, it really benefits you to have a highly autonomous robot swarm that is self-sufficient. By using implicit rules and 3D visual perception, we were able to create a system that has a high degree of autonomy and flexibility underwater where things like GPS and WiFi are not accessible.

The team now plans to use their research to develop further underwater swarms that can perform environmental monitoring and inspect coral reefs or man-made underwater structures. They could even unearth new insights about the real fish that inspired them.

You can read their research paper in the journal Science Robotics.