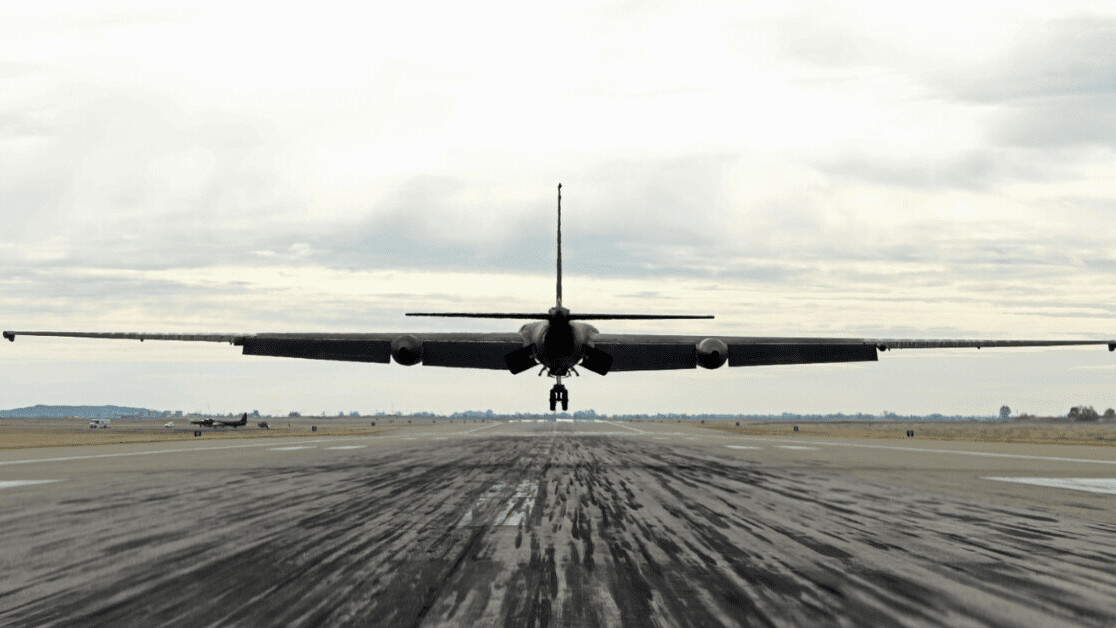 An AI system has helped control a US military aircraft for the first time ever, the Air Force announced on Wednesday.

The ARTUµ algorithm flew alongside a pilot aboard a U-2 Dragon Lady spy plane during a test flight on December 15. The system took control of sensor employment and tactical navigation on the aircraft, while the pilot flew the plane.

“Together, they flew a reconnaissance mission during a simulated missile strike,” the Air Force said in a statement. “ARTUµ’s primary responsibility was finding enemy launchers while the pilot was on the lookout for threatening aircraft, both sharing the U-2’s radar.”

[Read: An AI just embarrassed the US Air Force in a virtual dogfight]

ARTUµ is a modified version of the open-source algorithm µZero, which has been used to defeat humans at games such as Go and Chess.

The Air Force used more than half a million simulated training iterations to enable the algorithm to manipulate the plane’s sensor. After take-off, it determined whether to focus the radar on finding missiles or protecting the aircraft.

The Air Combat Command’s U-2 Federal Laboratory developed the tech to be transferrable to other systems, answering the National Defense Strategy’s call to invest in autonomy. The ultimate aim is to give the US military a technological edge over rivals such as China.

“We know that in order to fight and win in a future conflict with a peer adversary, we must have a decisive digital advantage,” said air Force Chief of Staff General Charles Q. Brown Jr. “AI will play a critical role in achieving that edge, so I’m incredibly proud of what the team accomplished.”

The test follows reports that an Iranian nuclear scientist was assassinated by an AI-powered machine gun. Lethal autonomous weapons are rapidly moving from science fiction to reality.