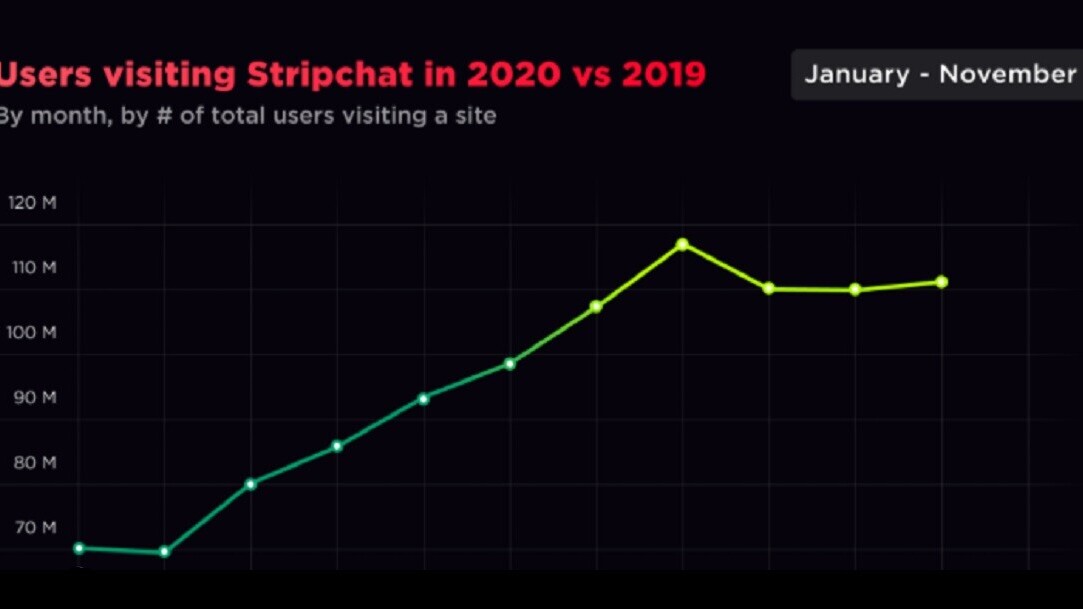 Stripchat today released its end of the year data report for 2020 and good-golly is it packed full of more information than you could ever want to know about the live camming business.

For example, who among us would have guessed that the cam-modelling industry had such a huge userbase. Per the report:

That’s nearly a billion new users after a year in which the platform saw more than half-a-billion. We’re talking about an industry that’s pandemic-proof. (And for good reason, there’s no safer sex than cam sex).

It sounds a lot like Stripchat developed a computer vision model capable of searching through the hundreds of thousands (if not millions) of live streams happening on its platform in real-time for specific model interactions. The system, we assume, then surfaces those results to a “featured” section on the main page — or something like that, admittedly I haven’t interacted with the site itself outside of due diligence for this article.

Quick take: This is genius. A decade ago when the cam industry was really starting to gain steam on the back of quicker home internet connections the idea of this particular use case would have seemed far-fetched. But AI‘s come a long way. Modern deep learning techniques make it possible for businesses to search through huge mountains of data that would take a staff of humans thousands of years to parse.

In case you’re wondering how that surge of users turned out for the models, Stripchat reports the top five earners made between $388 and $965 an hour. The site also said:

This just goes to show you: nothing’s more pandemic-proof than robots and sex.

You can check out the very not-safe-for-work Stripchat website here.