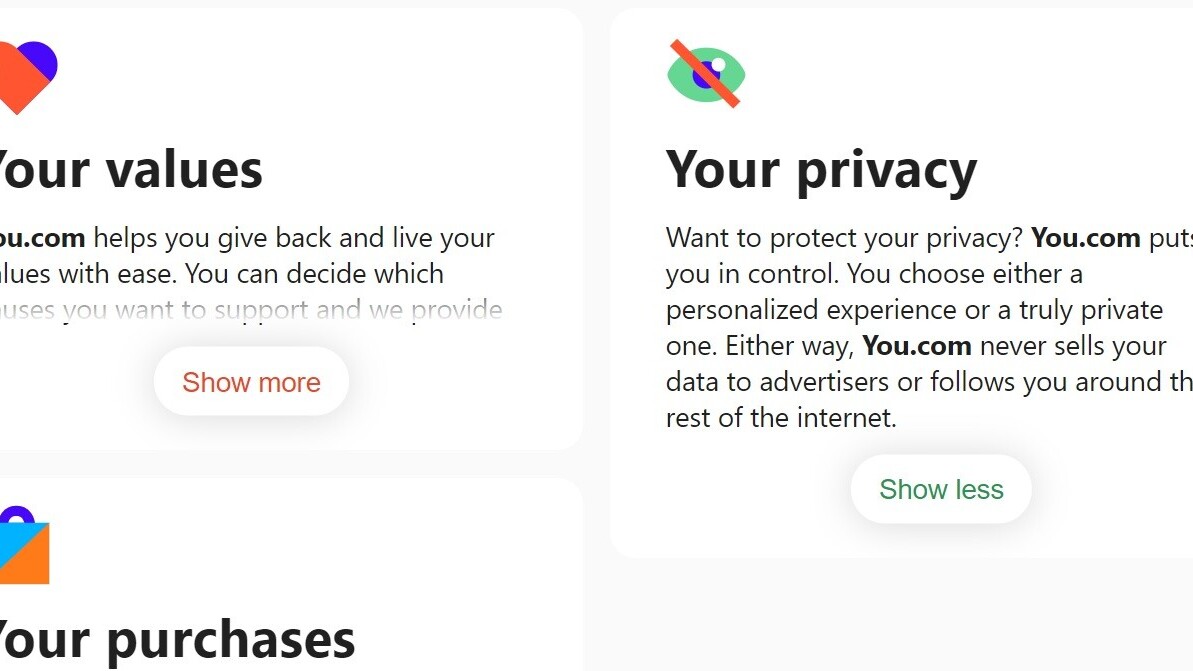 A new challenger enters the arena! Richard Socher, the former Chief Scientist at Salesforce, today dropped the figurative bomb when he announced the launch of You.com, a site he says will compete directly with Google Search.

Let's build a new internet together.

Heads up: It looks like TechCrunch’s Ron Miller caught the scoop. According to them, Socher wants to “differentiate from Google by not relying on advertising.” The big idea here, per the article and the You.com website, involves using advanced natural langauge processing to surface more relevant search results without having to rely on targeted-data/advertising. This would, at least in theory, allow for a “truly private” yet fully functional search engine.

Background: The list of Davids who’ve set out to slay the Goliath that is Search is long and distinguished. When’s the last time you heard someone say “I’m not sure, I’ll Microsoft Edge it” when they needed a quick trivia fact?

That being said, Socher certainly has the proper background and know-how to build a better search engine and the right friends backing him. Per TechCrunch his investors include billionaires Marc Bennioff and Jim Breyer.

Here’s a conspiracy theory for you: According to the aforementioned TechCrunch article, Socher says he can compete with Search on account of his clever AI, nuanced approach that Google can’t just imitate and obliterate (the Innovator’s Dilemma), and the fact that Google’s embroiled in anti-trust suits.

Gasp! What if Socher’s drifted away from Salesforce (but not too far, Benioff’s his benefactor afterall) only to do the big work on You.com while the Googles and Facebooks of the world sort out whether a Biden admin is going to let them off the antitrust hook.

It’s not a bad way to test the waters. If Search gets splintered from Google then You.Com can square up against it. And if the Google-opoly remains intact… well, it’d be interesting to figure out how hard it would be for Salesforce to buy up the You.com startup sometime in the future.

Quick take: This could be good for everyone. Google’s dominated the planet on the wings of Search for a long time. A shakeup could help transition us from an ad-dependent society who gives away their data for free like trees clean the carbon monoxide out of our air without so much as a thanks to one that values their privacy.

On the other hand, has anybody seen a research paper on You.com yet?