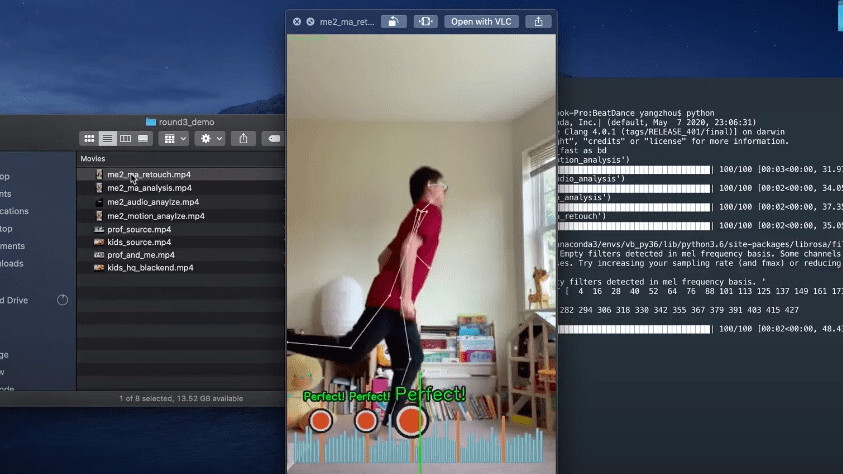 TikTok has made on-beat dances and movements mainstream. But what if you went offbeat or the video you recorded had some lag to your perfect dance moves. Adobe can fix that for you.

The company showed off an AI-powered experiment at its Adobe Max conference that syncs your off-beat movement to the beat of the music. Researchers used computer vision to follow the body movement of the person in the video. As shown below, the algorithm also analyzes dance moves through popping orange circles to determine the time of movements.

The researchers also mark beats of the music track with orange lines and plot them against the orange dots to determine if dance moves are in sync with the music.

Adobe uses this analysis to match beats of the song with corresponding movements to make a perfectly synced video. The company said that the algorithm can take random videos of people dancing and sync them with a track, making it look like they’re dancing to the same song.

While this is just an experiment, it could be handy for creators to video editors. I wouldn’t be surprised if we see such functionality making it to TikTok or Instagram Reels in a few years.