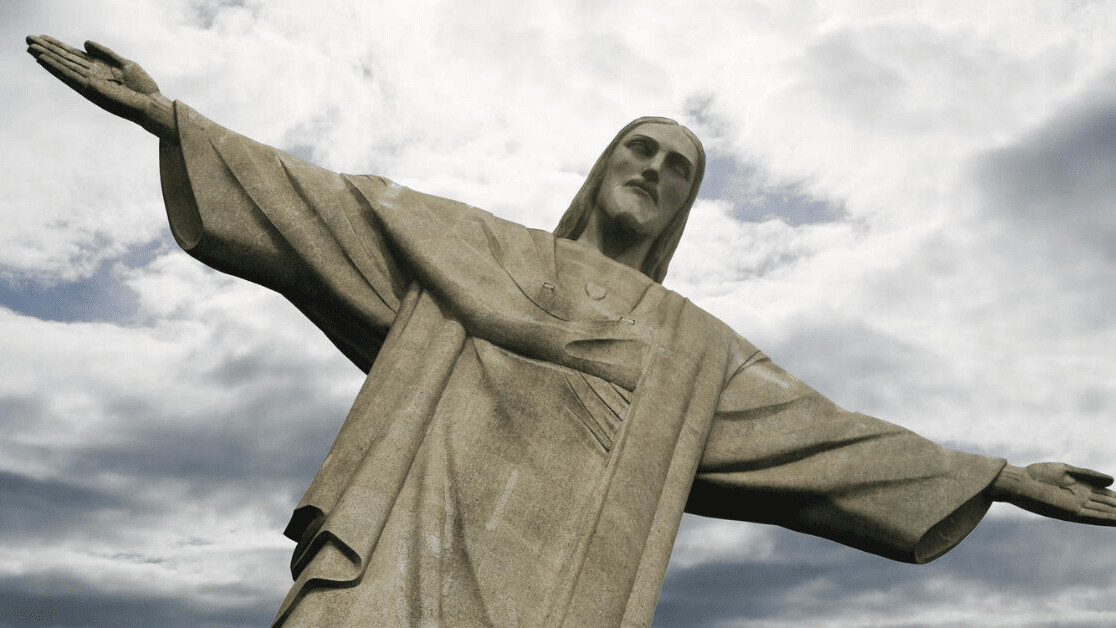 In yet another sign that the end of the world is nigh, an AI Jesus has arisen with a new set of apocalyptic biblical verses.

The artificial messiah is the creation of George Davila, CEO of the aptly named Saviors.ai, a security startup focused on gun and theft detection. Davila created the prophetic verses by feeding the entire text of the King James Bible to a neural network and letting the AI study the book for a few hours. He then configured the model to produce an output that would replicate the style of the Bible without quite copying it.

“This AI is somewhat akin to locking a baby in a room with nothing but a Bible and opening it up 10 years later to find that they’ve learned to speak, read, and write based on nothing but that Bible,” Davila told TNW via email. “They come out knowing how to speak but might not understand everything that they’re saying.”

Davila instructed the AI to write about three different topics: “The Plague”, “Caesar” & “The End of Days”. He chose the plague for its relevance to the COVID-19 pandemic; the end of days as it’s an interesting subject that most would associate with religion; and Caesar because he’s one of Davila’s favorite historical figures, as well as a name that’s mentioned in the Bible.

The verses it spat out certainly have a Biblical tone, and like their source, are often open to multiple interpretations. But a lot of them are completely incomprehensible.

Here are a few of its words on the end of days:

The end of days.
And the ships that was before the temple and he said, Thou shalt not cause to be cleansed.
And the LORD said unto me, Take heed that the LORD am a refuge from the beginning.

Some of its thoughts on the plague:

The Plague shall be the fathers in the world; and the same is my
people, that he may be more abundant in the mouth of the LORD of
hosts.

And finally, on Caeser:

Caesar’s,
and worketh whom the LORD shall send thee to the captivity of Jesus,
and the house of Judah and the company which he had promised, and they shall fall by the sword, and the promises of men and whoremonger, and
the breadth of the earth shall not stand to the prophets of the LORD our God.

Next, Davila tweaked the model to reduce the level of randomness in its output. This meant the neural network would take less artistic liberties with its writing, and more closely mimic its training data. For example, if it saw the words “Lord” and “said” regularly paired together it would be more likely to combine these words in its output.

David then asked the new model to generate new verses on “Blood,” “Greeks,” and “Wisdom.”

Here’s a sample of its thoughts on Greeks:

Some of its relentless name-dropping from the blood verses:

And a line from wisdom:

For the LORD hath commanded the prophet before the LORD, and the soul of the wicked shall be made of fire, and the sheep of the wickedness of the Lord Jesus Christ.

A lot of the text is pure gobbledegook, but there are some gems among the gibberish — which could come in handy for any bored priests.

“I think if some sufficiently-charismatic preacher used this AI-generated text in their next sermon, no one would be able to tell the difference,” said Davila.

You can check out all the verses on Davila’s GitHub page.