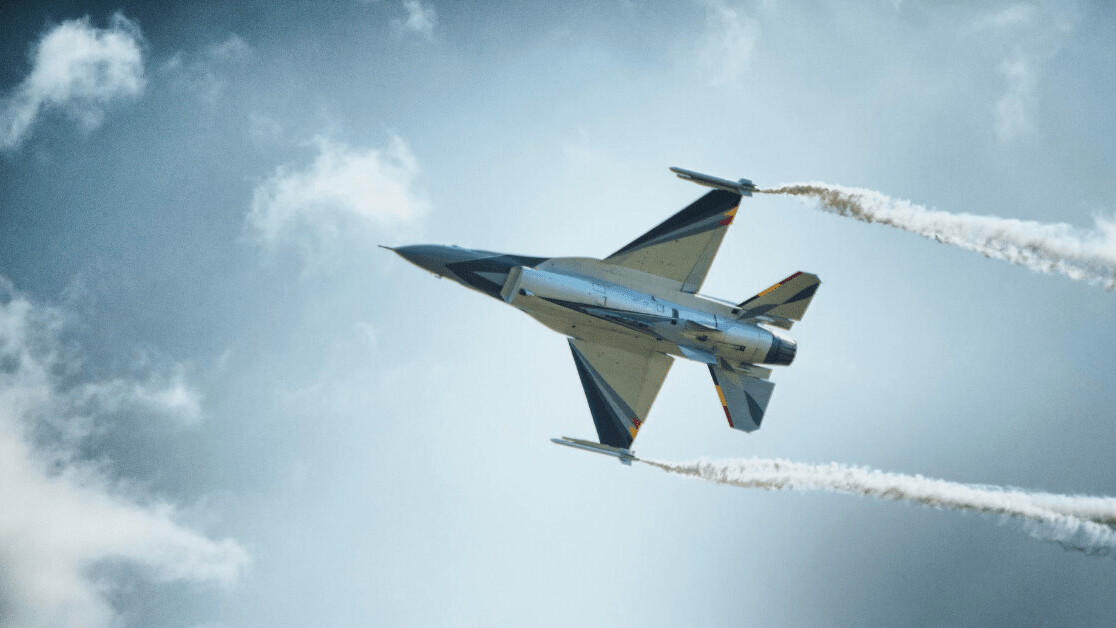 An AI-controlled fighter jet will battle a US Air Force pilot in a simulated dogfight next week — and you can watch the action online.

The clash is the culmination of DARPA’s AlphaDogfight competition, which the Pentagon’s “mad science” wing launched to increase trust in AI-assisted combat. DARPA hopes this will raise support for using algorithms in simpler aerial operations, so pilots can focus on more challenging tasks, such as organizing teams of unmanned aircraft across the battlespace.

The three-day event was scheduled to take place in-person in Las Vegas from August 18-20, but the COVID-19 pandemic led DARPA to move the event online.

Before the teams take on the Air Force on August 20, the eight finalists will test their algorithms against five enemy AIs developed by Johns Hopkins Applied Physics Laboratory. Their mission is to recognize and exploit the weaknesses and mistakes of their rivals, and maneuver to a position of control beyond the enemy’s weapon employment zone.

The next day, the teams will compete against each other in a round-robin tournament. The top four will then enter a single-elimination tournament for the AlphaDogfight Trials Championship. Finally, the winner will take on a US Air Force fighter pilot flying a virtual reality F16 simulator, to test whether their system can vanquish the military‘s elite.

The contest aims to develop a base of AI developers for DARPA’s Air Combat Evolution (ACE) program, which is trying to further automate aerial combat. Dogfighting is expected to be a rare part of this in the future, but the duels will provide evidence that AI can handle a high-end fight.

“Regardless of whether the human or machine wins the final dogfight, the AlphaDogfight Trials is all about increasing trust in AI,” said Colonel Dan “Animal” Javorsek, program manager in DARPA’s Strategic Technology Office. “If the champion AI earns the respect of an F-16 pilot, we’ll have come one step closer to achieving effective human-machine teaming in air combat, which is the goal of the ACE program.”

You can watch the battles unfold by signing up online. Registration closes on August 17 for US citizens, and on August 11 for everyone else. If you’re not a US citizen, you’ll also need to submit one of DARPA’s visit request forms.