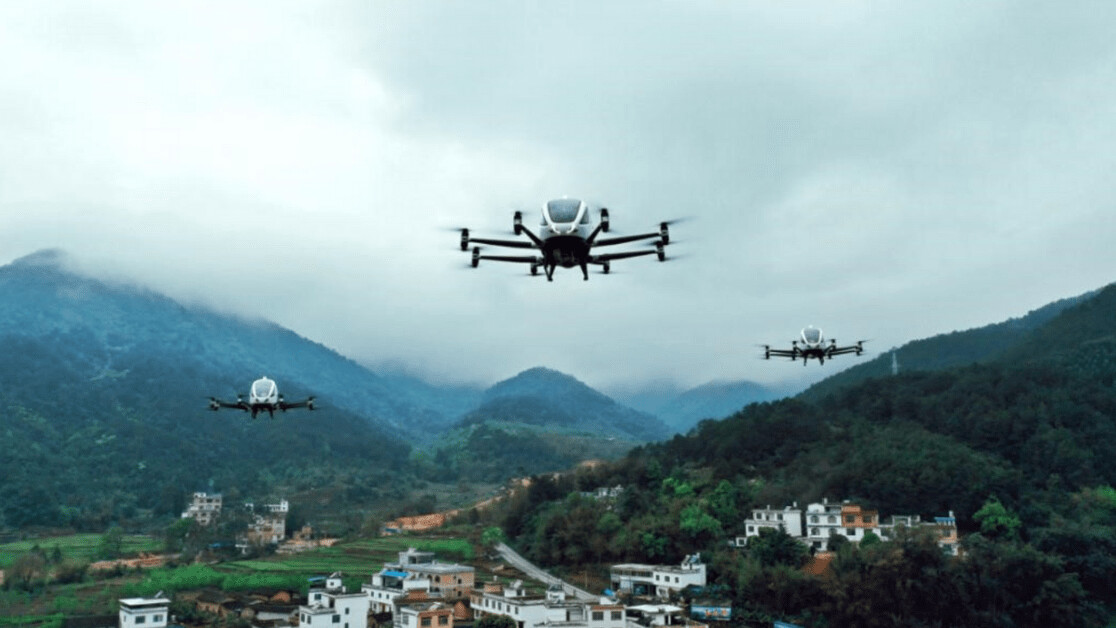 The project is the brainchild of flying carmaker Ehang, which plans to build the tourism-focused terminal in Hezhou, a city of 2 million people in southern China.

The company aims to open the e-port by the end of 2020, and will use 20 of its two-seater autonomous planes for aerial sightseeing around the city.

EHang says the three-story terminal will be spread across 2,500 square meters. On the rooftop, four landing pads will be used by the self-flying vehicles. Inside the building, there will be a reception hall, a passenger waiting area, and a zone for departures and arrivals.

[Read: Why pilots are safe from automation (for now)]

The project aims to tap into the tourism potential of Hezhou, a city known for its historical heritage and natural beauty that visitors to southern China usually bypass on their way to more established destinations.

That could also make the e-port a useful testbed for autonomous planes, which lack the unified standards they need for commercial air travel.

Ehang recently completed the first US test flights of its pilotless air taxis and received permits to test its electrically driven two-seat passenger jets in Norway. But the company’s focus remains firmly on its home country.

Hezhou is a beautiful city with rich tourism resources and we are excited to enhance their appeal with our AAVs. As we progress, we intend to create more commercial applications for EHang AAVs, such as aerial sightseeing that can uniquely merge modern culture and tourism. We also welcome more local partners to join us and embrace the opportunity to a provide safe, autonomous, and green approach to travel and sightseeing.

With foreign travel to China set to drop massively due to the coronavirus, the e-port is unlikely to attract visitors from overseas. But it the ambitious plan comes to fruition, it could make Hezhou a tempting destination for domestic tourists.