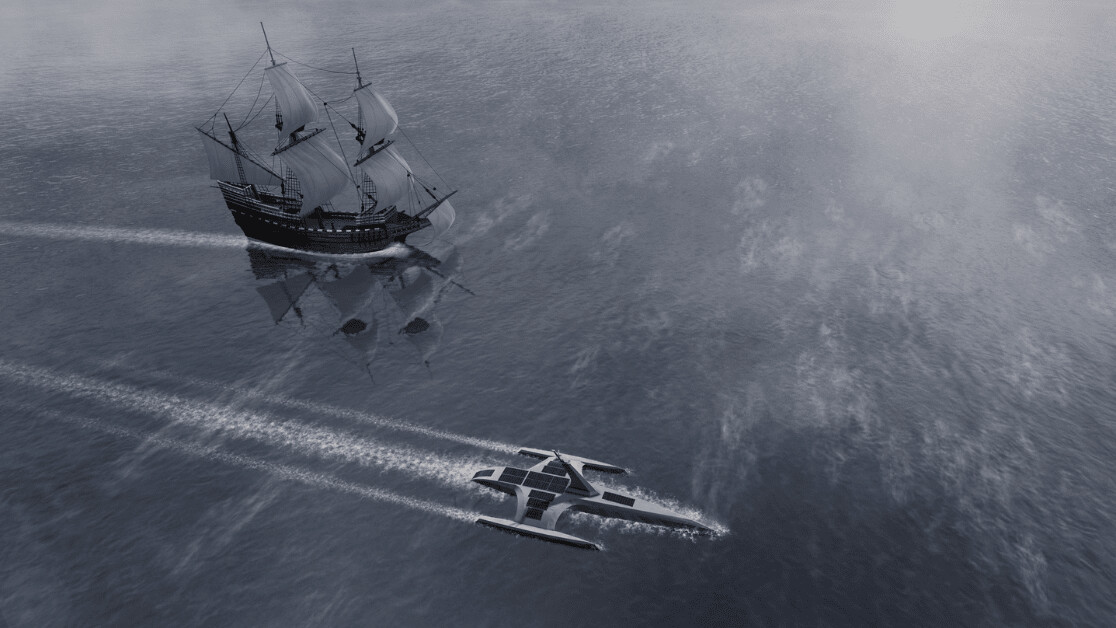 Four hundred years after the Mayflower ship took the first Pilgrims to the New World, another vessel will repeat the voyage — only this time there will be no human captain or crew on-board. Instead, the boat will be steered by an AI captain.

The AI skipper uses cameras, edge computing, and AI to identify and avoid any ships, buoys, and other dangers lurking in the water.

The system is the latest addition to the Mayflower Autonomous Ship being developed by IBM and marine research organization Promare.

To teach it how to sail, the team spent two years training the AI on over a million nautical images, which were processed using the same tech found in some of the world’s fastest supercomputers. The resulting model will be used by a computer vision system to detect and classify every hazard in the ship’s path.

As high-bandwidth connectivity will be scarce in the seas, an autonomous edge computing system will help the ship to quickly make decisions at sea.

Like every good skipper, the AI captain will also have to keep a close eye on the weather. To do this, it will be fed forecast data from The Weather Company, which will influence navigation decisions.

Check out the video below to see how all this will work at sea:

A trial this month will check if it can well this well in reality.

Job prospects for the AI captain

The AI captain has been developed by marine research organization Promare and IBM, who expect that the mission will gather data about the ocean that could transform the shipping industry.

“While the autonomous shipping market is set to grow from $90BN today to over $130BN by 2030, many of today’s autonomous ships are really just automated – robots which do not dynamically adapt to new situations and rely heavily on operator override,” Don Scott, CTO of the Mayflower Autonomous Ship, said in a statement.

“Using an integrated set of IBM‘s AI, cloud, and edge technologies, we are aiming to give the Mayflower the ability to operate independently in some of the most challenging circumstances on the planet.”

The Mayflower Autonomous Ship will go to sea this March for testing on a manned research vessel docked off the coast of Plymouth, a port on the southern coast of England where its namesake set sail in 1620.

The trial will help refine the machine learning ahead of its maiden voyage to the USA in September. If it makes it to its destination, it will become one of the first full-sized, fully-autonomous vessels to cross the Atlantic, and bring a future of self-driving ships closer to reality.