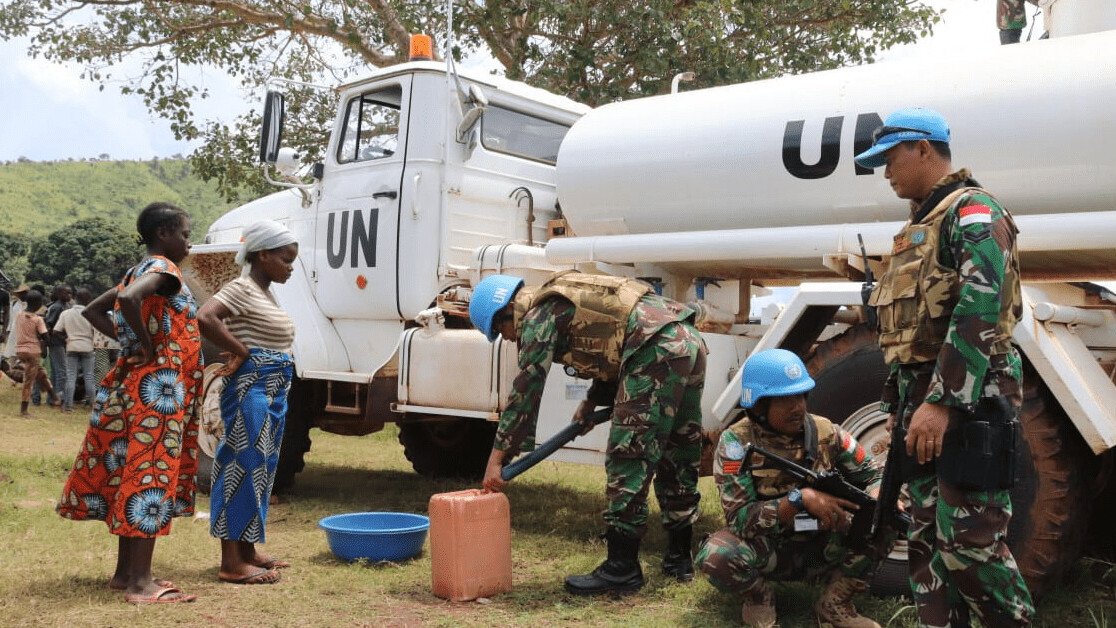 The UN will help people in warzones to influence peace deals through an AI conversation tool they can access through their smartphones. The system will be launched within the next year, the Financial Times reports.

The technology was developed by UN officials alongside a startup called Remesh, which produces a tool that creates online conversations with up to 1,000 participants. Their thoughts are analyzed in real-time through polls and open-ended questions to provide insights at scale.

The product is typically used for market research and employee engagement. But the UN believes it could also improve public participation in peace negotiations.

The UN‘s system aims to create a “real-time” dialogue between people living in warzones about what they want from a peace deal. Participants will be invited to answer questions and respond to polls on their smartphones. Warning systems will detect signals of suspicious behavior that suggest malicious actors may be trying attempting to manipulate the results.

The AIwillanalyze the responses in real-time to find insights on the needs and desires of people. This information will then be provided to UN mediators.

[Read: US Army plans to bring human-AI interaction to the battlefield]

To help people who don’t have internet access add their views to the negotiations, the UN is also developing an SMS conversation platform.

The UN estimates that up to two-thirds of peacebuilding initiatives don’t lead to a lasting resolution. Online engagement could make them more successful, by incorporating the views of the people most affected by these conflicts — which are often underrepresented.

“It could serve as a way for the mediator to interact directly and have a conversation with the population . . . so they would know whether what they were working on resonated,” Remesh founder Andrew Konya told the Financial Times.

If he’s right, the technology could give a voice to the people most affected by war, and thereby facilitate more democratic and effective peace deals.