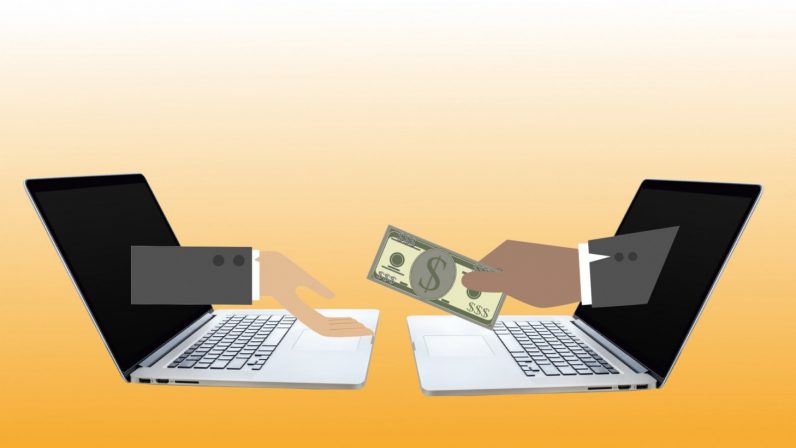 In Hollywood, you’re practically nothing if you’re not a triple threat. If you can’t sing, act and dance, you can pack your bags.

Similar to Hollywood, to succeed in the business world, you need to have a multitude of skills. From intelligence to trustworthiness, there’s seemingly an inordinate number of things one needs to master. For most, this is a tall order. For others, though, it seems second nature.

Alex Mashinsky is one of those people who seems to be born for business success. Regardless of the project, the client or the industry, Mashinsky seems to come out on top every single time.

Most recently, he founded Celsius, the consumer credit blockchain-based startup. He’s developing a technology that is known in the tech world as Money Over Internet Protocol. In 1994, he successfully invented and developed a similar technology named Voice Over Internet Protocol. This paved the way for users with broadband internet connections to make voice calls to one another.

Outside of developing new technologies, Mashinsky is a serial entrepreneur and the founder of seven startups — all based in New York City. His work has received several awards for innovation, and his new Money Over Internet Protocol seems to be next in line for recognition.

A space with volatility

The buzz around cryptocurrencies increases daily. As prices rise, those who invested in the space early on rejoice. Still, there’s fear and uncertainty regarding online currency.

Some believe that now’s the time to sell before the market takes a turn down. On the other hand, there’s a large group that believes you need to invest in crypto for the long-term to really see the benefit.

The fact of the matter is that no one really knows what’s going to happen. Cryptocurrencies are volatile, and it’s hard to guess what the future holds. Luckily, Celsius is starting to offer crypto holders another way to use the coins they own currently own.

Celsius gives its members the opportunity to use the coins they currently hold as collateral. With the Celsius Wallet, users can secure loans in dollars whenever they want by offering up their cryptocurrency as collateral. In the future, consumers will also be able to lend their crypto to others and earn interest in the process.

Celsius’ goal is to allow anyone who needs cash to secure USD without having to sell their crypto holdings. As far as the future goes, the company is estimating that members will be able to earn up to nine percent annual interest when they lend their coins out to other users on the network.

Traditionally, there have been limited options for people seeking money. They can ask friends or their family for a loan, or they can apply for funding through a financial institution. In the event family can’t help out, people are often forced to borrow from a bank or a lender.

When they do, their financial needs are met, but there’s a lot of risks. Defaulting on a loan contract is a serious offense that can lead one to lose their personal assets and be subject to large fees.

With crypto, there’s another way. Although many banks question whether or not crypto assets hold real value, Celsius knows that they do. They believe that coin holders should be able to leverage the value of their digital wallets to borrow cash whenever they see fit. The startup wants users to be able to leverage all of their assets while still maintaining their crypto portfolios for future use.

As you might expect, this revolutionary concept is backed by some big-name business leaders. Mashinsky has built an all-star executive team with Daniel Leon, Nuke Goldstein, Keith Baumwald and Ronit Dvir Bacalu.

Leon is a social entrepreneur who specializes in early-stage development. Under his direction, HereO, Beyon3D, and Atlis Labs have all grown. Currently, he’s a managing partner at Governing Dynamics and COO of Celsius. Goldstein has spent most of his career developing, building and perfecting cutting-edge technologies. He uses his AI, IoT and blockchain knowledge to power the decisions he makes as the CTO of Celsius.

Baumwald is a full-stack marketer who consults for startups in a variety of spaces. Before joining Celsius as CMO, he was Global Head of R&D at foreign exchange company Travelex. Here, he created a new division focusing specifically on emerging technologies like blockchain. Finally, Dvir Bacalu is a force to be reckoned with in the tech, communications and financial worlds. After working as the chief financial officer of Kalyx, a real estate development company, she joined Celsius as their CFO.

Being a triple threat is rare and difficult to achieve. That being said, creating a new technology and leading an award-winning team of innovators makes perfecting three skills look like child’s play.

Mashinsky is someone you want to keep your eye on moving forward. As he continues to develop Money Over Internet Protocol, he’ll revolutionize the credit industry, as he did with the telecommunications industry a mere two decades ago.

This post was brought to you by Celsius and shouldn't be considered investment advice by TNW. Yes, TNW sells ads. But we sell ads that don’t suck.