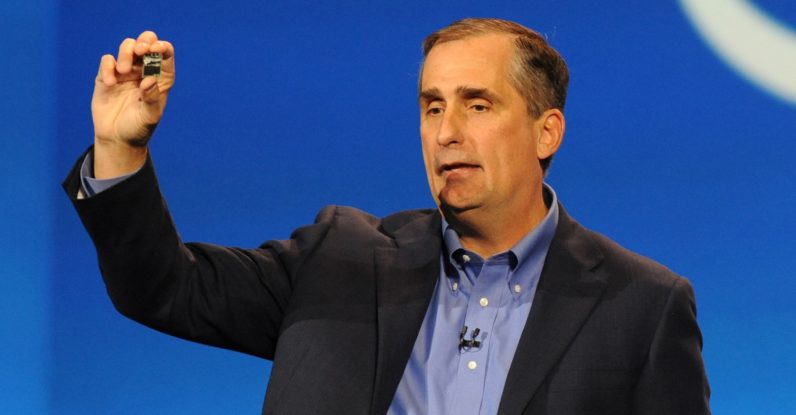 What do you do if you’re in charge of a billion-dollar corporation and you’ve just found out your company has left hundreds of millions of people vulnerable to electronic attack?

If you’re Richard Smith, former CEO of Equifax, you cash out your stocks before anyone finds out. And if you’re Brian Krzanich, current CEO of Intel you copy/paste that method – screw it, nobody cares about ethics anyway.

We’re less than a week in, but the biggest tech story of 2018, so far, is the processor vulnerability which affects an incredibly large number of devices. Initially reported as a problem with only Intel processors, news quickly broke that it affected AMD and ARM chips as well.

This means that desktops, laptops, smartphones, tablets, servers, and all kinds of other devices could potentially be affected. We’re talking about hundreds of millions of systems. It’s big.

Microsoft is pushing patches; Intel and AMD are collaborating to resolve the issue; cats and dogs are living together in harmony, it’s chaos out here. But let’s get one thing clear though: this isn’t about blame.

A vulnerability like this takes hardcore researchers looking really deep to find. Fault isn’t the issue, even huge companies make mistakes. We completely understand, Intel, these things happen and we know you’re working hard to fix it.

However, Business Insider yesterday broke the story that Krzanich found out about the problem in June, authorized a plan to sell the stocks in October, and sold in November.

It’s January and most of the world is just learning of the problem. In fact the news broke just yesterday that AMD and ARM processors were affected, which makes it look a lot like Intel was keeping the cards pretty close to its chest for seven months.

And Krzanich is $24 million dollars richer.

It boggles the mind that this is allowed to happen. According to Business Insider the SEC is keeping mum on whether there’s any investigation, but even if there is we need only look at the size of former Equifax CEO Richard Smith’s golden parachute to see how the Krzanich story is going to play out.

The worst part about this is that Equifax can’t seem to figure out how to change its culture and, as we’ve opined before, probably shouldn’t be allowed to continue operating. Intel is different.

Maybe we’re biased, but there’s a lot to love about Intel. We’ve reported on the company with enthusiasm in the past and will likely do so going forward. Some of the most innovative developers and talented researchers in the world work for Intel.

But, by all appearances, the company’s CEO has a set of ethics that differs from what we’ve come to appreciate from the company he runs.

If his intentions were pure: they were stupid. The CEO of Intel should damn well be able to tell the scope of a problem like this when it’s discovered, and there’s just no way to spin his $24 million dollar windfall as anything other than an hors d’oeuvre to his eventual golden parachute.

Investigate him or don’t — it won’t matter. If investors and shareholders ask for him to step down, he’ll almost certainly get a big “thank you” check on his way out the door.

We’ve seen this story too many times and it sucks. Why do we keep letting these millionaires cash in when other shareholders aren’t getting the same opportunity?

Intel’s representatives told Business Insider that the stock sell had absolutely nothing to do with the vulnerability. But this looks a lot like a pretty specific type of trading. And plausible deniability is not a substitution for ethics.

I think Intel may want to move past its “Intel inside” marketing: it’s in poor taste now.

We’ve reached out to Intel for comment and we can’t wait to hear back, we’ll update this story if it does.

Update: 12:32 CST – Intel gave us a company statement as follows:

“Brian’s sale is unrelated. It was made pursuant to a pre-arranged stock sale plan (10b5-1) with an automated sale schedule. He continues to hold shares in-line with corporate guidelines.”

Read next: Twitter lets you describe your pics for the visually impaired