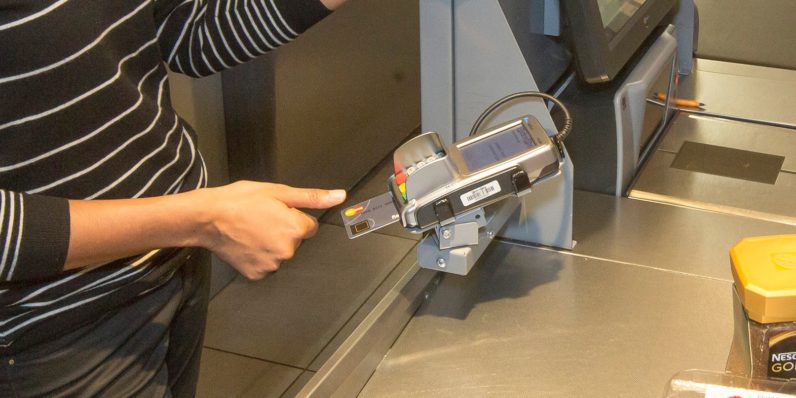 Mastercard today announced it is testing a new kind of card which will authenticate users by their fingerprint, no signature or PIN required.

With these new cards, up to two fingerprints would be stored on the card’s EMV chip. You put the card in the reader and hold your finger to a section of the card where your template is stored.

The cards still work with EMV readers — the standard chip/swipe readers you can find at most stores these days. So signing up for a fingerprint card won’t put you at any disadvantage.

Still, despite the obvious advantage of a fingerprint as a security measure — a fingerprint can’t be forged or eyeballed — it’s not foolproof. Fingerprints can be faked, unfortunately — one professor has already tried accessing a print-locked phone using a 3D printer. Sensors can also be bypassed or hacked.

Another drawback is that you can’t share a fingerprint, meaning you can’t just hand a card to your spouse or child if you don’t want to do the shopping yourself one day. You also can’t save anyone else’s print but your own.

Mastercard is running trials for the new cards in South Africa, and it has plans to begin trials in Europe and Asia.

Thumbs Up: Mastercard Unveils Next Generation Biometric Card on Mastercard

Read next: Analyst: Tesla could rake in $7.5B annually leasing batteries to truckers