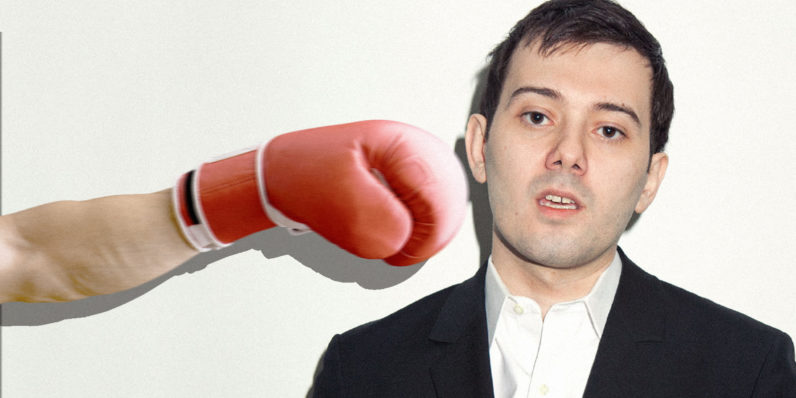 Martin Shkreli swiftly earned transcontinental enmity when back in 2015 the ‘pharma bro’ jacked up the prices of life-saving HIV medication Daraprim from a modest $13.50 to an astronomical $750 overnight.

But now it seems an ambitious group of Australian high school students from Sydney has found a much cheaper way to make the drug.

The resourceful high-schoolers successfully recreated Daraprim’s key ingredient in their school lab. What’s particularly impressive is that the teenage collective managed to produce 3.7 grams of the compound Pyrimethamine for about $15 (or AU$20), which would sell for between $35,000 and $110,000 in the US.

The Sydney Grammar School pupils told ABC Australia they wanted to draw attention to the awfully inflated price of the drug, which student Milan Leonard described as “ridiculous.”

“It makes sense that if you’re putting billions of dollars into research for a drug like this, you should be able to reap some profit, but to do something like this … it’s just not just,” he added.

To synthesize the drug, the crafty 17-year-olds conducted their research with the help of the Open Source Malaria project, dedicated to finding a cure for malaria “guided by open source principles.”

Fellow student Brandon Lee defined the feeling of making the final discovery as a state of utter “disbelief.” “We spent so long and there were so many obstacles that we, not lost hope, but it surprised us like ‘oh, we actually made this material’ and ‘this can actually help people out there.'”

The Australian high-school heroes aren’t the only ones to have found a cheaper alternative to Daraprim. Earleir this year, US-based drug manufacturer Imprimis Pharmaceuticals synthesized an alternative compound that sold for a measly $1, but the drug never received FDA approval.

Read next: Nokia to kick off its mobile comeback with new Android smartphones in 2017