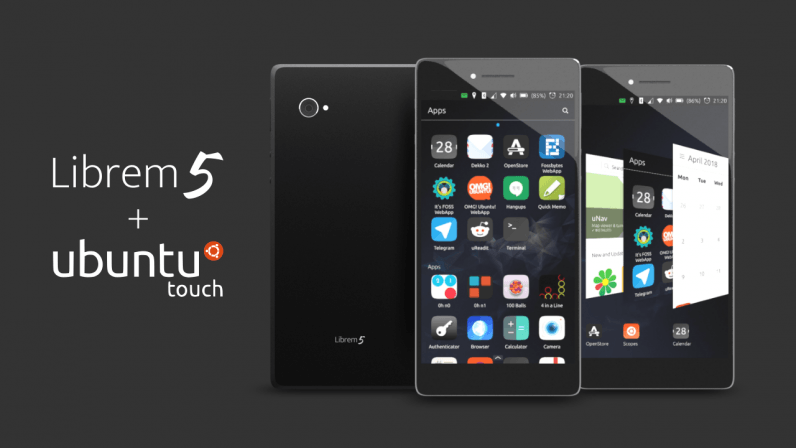 One of the most interesting upcoming smartphones is Purism’s Librem 5. This crowdfunded device, which is expected to land early next year, emphasizes privacy above all else.

For starters, it runs totally open-source software. Forget iOS and Android, with its proprietary binary blobs: every bit and byte that ships with the Librem 5 is open to inspection.

And as is the case with the Librem 13 laptops (which are apparently selling well), the librem 5 comes with hardware switches allowing you to disable parts of the phone. So, if you’re ultra-paranoid about your privacy, you can disconnect the camera, Wi-Fi, bluetooth, and baseband with just a tap.

One of the biggest surprises with the Librem 5, however, is that it’ll come with the option to ship with Ubuntu Touch.

Ubuntu Touch is the mobile-friendly version of the popular Linux-based operating system. Initially, it was conceived as an open-source alternative to Android and iOS. Unfortunately, it didn’t really make any traction, and Canonical called time on it early last year.

Fortunately, a community organization called UBPorts picked up the mantle, and has continued development on Ubuntu Touch ever since. Purism says it’s partnering with UBPorts on the Ubuntu Touch version of the Librem 5.

In a statement, Ricardo Mendoza, deputy chairman of the board at UBports, said: “Ubuntu Touch was developed with the goal of being an Android-free OS alternative for the mobile ecosystem. We believe the future of mobile is away from Android, and the Librem 5 with Ubuntu Touch presents the perfect platform to spark this revolution.”

“Having Ubuntu Touch shed Android entirely and utilize our hardware is a win for users,” added Todd Weaver, CEO of Purism. “While we develop, support, and recommend PureOS, allowing an alternative to users that is supported by Purism can only help the cause of improving digital rights for users.”

Purism raised over $2 million to build the Librem 5. Units are currently on pre-sale for $599. If you’re tempted, you can pick one up here.