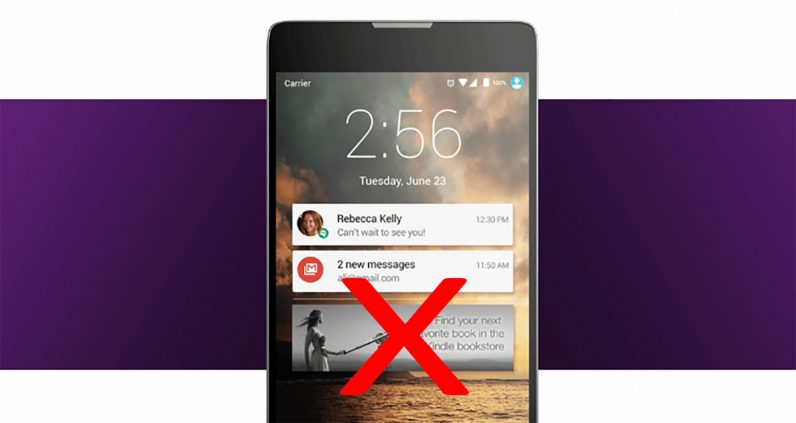 Back in 2016, Amazon started selling smartphones for dirt cheap under its ‘Prime Exclusive Phones‘ program. There was one big catch: the phones were saturated with ads, including fullscreen ads on your lockscreen.

It turns out seeing ads every time you turn on your phone can get pretty annoying, so now Amazon is getting rid of them. Starting tomorrow, Prime Exclusive phones will no longer be pre-loaded with ads. Better yet, existing users will be able to download an update later this week to remove ads from their devices.

As smartphone technology has evolved, we also want to evolve the Prime Exclusive Phone experience to ensure customers can easily use features such as the phone’s mobile unlock technologies like facial recognition and fingerprint sensors, as well as be able to personalize device lockscreens with photos or wallpapers.

That’s all great, but my guess is that – despite discounts as big as 50 percent – these phones weren’t selling as well as Amazon hoped. Removing ads could make the phones much more palatable.

To be clear, they will still come pre-loaded with a variety of Amazon apps and widgets, and you still need to be a Prime subscriber in order to purchase one. It’s also possible future discounts won’t be quite as heavy as they’ve been until now.

But I suspect for many people, ads were the worst of the bloatware. A quick Google search results in a myriad of inquiries on how to remove lockscreen ads. Simply offering an option to turn them off would’ve likely sufficed, so I applaud Amazon for taking the initiative on removing them altogether.

Read next: Here's why 100 qubit quantum computers could change everything