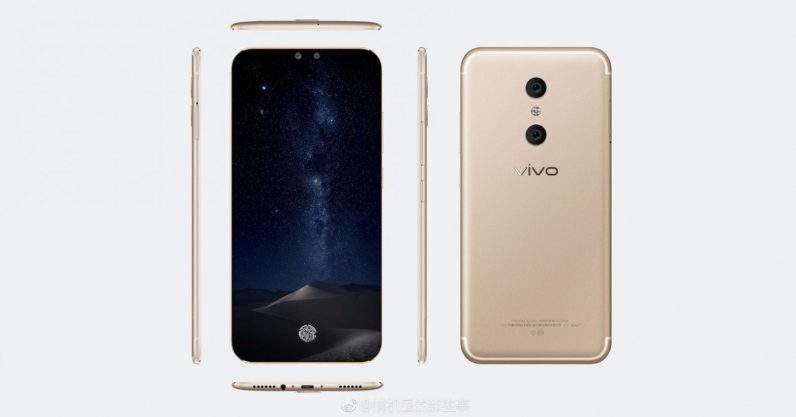 The Xiaomi Mi Mix and LG G6 established the current wave of ‘bezel-less’ phone, but that term has been something of a misnomer. The bezels haven’t disappeared, they’ve just gotten way smaller while still accommodating a camera and earpiece.

Vivo’s XPlay 7 might actually bring us a true bezel-less phone, if most recent leaks – via Chinese social site Weibo – are to be believed. Not only that, it’s supposed to do so while providing some outlandish specs. The phone is expected to sport up to 10 GB of RAM, 512 GB of storage, and a 4K screen, all of which more than your average laptop.

Meanwhile, it’s expected to have a 92.9 screen-to-body ratio – the smallest bezels we’ve seen yet. If the rumors are to be believed, the screen will actually have circular cutouts for the front facing cameras and sensors, forgoing traditional upper bezels altogether. All this will be powered by Qualcomm’s new Snapdragon 845.

Vivo is also the same company that just launched the X20, the first phone with a fingerprint sensor embedded directly into the display. You can bet that technology will make an appearance here too. Leaked renders also suggest the phone will be incredibly thin, but will keep the headphone jack.

While the specs sound pretty crazy, it’s worth noting the last time Vivo’s flagship series was updated was in 2016, so the company is probably looking to make a splash. Vivo phones don’t have much of a presence in the West, but the company is associated with OnePlus and Oppo, so here’s hoping some of that technology makes its way to these shores.

Read next: Research: Half of business leaders plan to implement AI despite believing it won't help