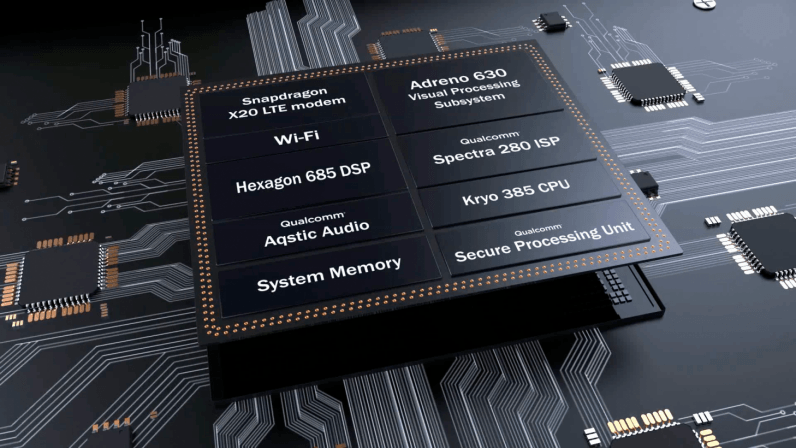 Qualcomm may have announced its Snapdragon 845 platform at its Hawaii Tech Summit yesterday, but it didn’t really reveal any new details until today.

Though the jump from 835 to 845 might seem small, but there are a number of significant advancements in the company’s next-gen processor. Here are some of the biggest changes you need to know.

It’s faster, and not just in processor speed

Of course, every generation processor is faster than the last, but Qualcomm seems to be focusing less on raw CPU speed and more on the other aspects of the Snapdragon platform, such as the GPU and AI. In fact, the new Adreno 630 graphics chip is 30 percent faster and 30 percent more efficient. Qualcomm also says the 845 will provide three times the performance for AI tasks as its predecessor.

That’s not to say the CPU hasn’t improved though. Qualcomm says the Kryo 385’s performance cores are 25 percent faster, while the power-efficient cores are getting a 15 percent boost. That means you’ll either get a few more hours of battery life, or manufacturers will be able to run their chips higher clock speeds while maintaining current battery life.

That said, at first glance, it looks like the 845 still won’t be enough to catch up to Apple’s beastly A11 bionic in raw processing power, but there’s more to modern smartphone chipsets than CPU speeds.

There are numerous camera improvements, especially for video

Video is getting a big boost with the Snapdragon 845. There’s now hardware-accelerated support for Ultra HD Premium capture — a 4K, HDR standard — at 60 fps, meaning you can actually do a bit of slow-mo 4K capture. Technically, the processor will can even support capturing 16MP stills at 60 fps, assuming the camera hardware can keep up.

But if you want to go even slower, the Snapdragon 845 will actually be to capture 720 video at a super slow 480 fps.

Low light performance has been improved thanks to hardware-accelerated image stabilization and a new algorithm that is able to maintain more detail when applying noise reduction in low light and/or shadowy areas.

AI contributes to some of the improvements. The Snapdragon 845 is now powerful enough to natively support single-camera portrait modes – though Google manged to make that work on an 835. It remains to be seen how well it actually works, but another potential benefit is being able to use portrait mode with different focal lengths on phones that choose to keep multiple cameras.

And here’s a fun one: the 845 includes hardware support for Cinemagraphs, branded “ImMotion.” If you’re not familiar, cinemgraphs are a combination of still and videos, where only one part of an image is moving.

VR is getting closer to high-end headsets

The improved processing and graphics horsepower in the 845 means more flexibility in VR applications. The Snapdragon 845 includes native support for Room-Scale VR. That means that, like HoloLens, you’ll be able to move around a virtual boundary that emulates your room, not simply move and look around an arbitrary space. 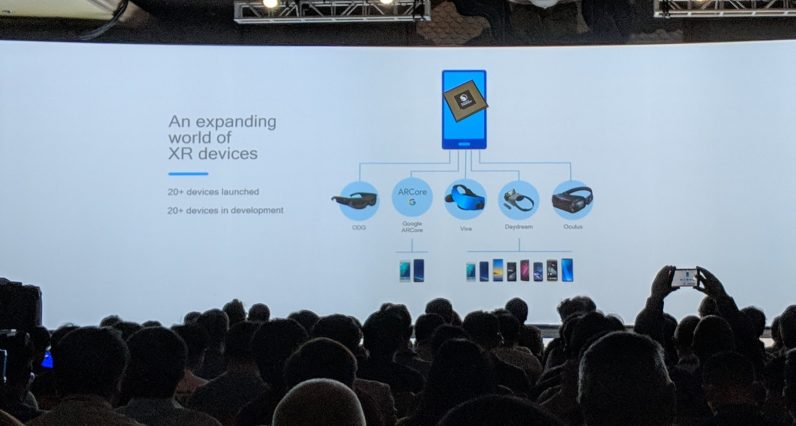 Graphics will look better while doing it too, thanks to “Adreno foveation” and eye-tracking support. We’ve seen foveation on more advanced headsets, like the Oculus Rift, but the technology basically takes advantage of the fact that only a small portion of your field of view is sharp at any given moment, so it renders the most detail in that central portion. The chip will include support for eye tracking, so that your VR headset will be able to render detail in whatever part of the scene your eyes are looking at.

The Snapdragon 845 also includes support for hand tracking, allowing you to perform gestures — remember the Kinect — without the need for a controller. Visual fidelity also gets a bump with resolution support for up to two 2400 x 2400 panels running at 120 fps.

The Snapdragon 845 should be able to provide 20 percent higher peak and average LTE speeds with a new X20 modem – up to 1.2 GBps, or fast enough to download a 3GB movie in 3 minutes. Qualcomm says Wi-Fi performance has been improved, particularly within crowded networks.

But perhaps the most practical improvements comes to Bluetooth headphones. Usually, Bluetooth audio requires sending a signal to one headset, which then has to relay information to the other earbud. That wastes a lot of battery power, so Bluetooth 5 headphones will now be able to  have audio beamed directly to each individual earbud, for up to 50 percent improvement in battery life.

That doesn’t help much right now, considering the vast majority of wireless headphones are still on Bluetooth 4.x, but it’s a welcome improvement nonetheless.

The Snapdragon 845 includes an all-new Secure Processing Unit, which is basically able to operate as a isolated vault for handling sensitive information such as biometric identification. It includes its own microprocessor, it’s own memory, it’s own random number generator, it’s own cryptographic decoder, and it’s power-isolated from the rest of the chipset.

In theory, even if the rest of your phone is compromised on a software or hardware level, hackers won’t be able to access the Secure Processing Unit – although of course, manufacturers will have to build in support for it first.

While CPU improvements are always appreciated, the real test of the Snapdragon 845’s success will be how OEMs take advantage of the rest of the platform. Bring on the 2018 flagships.

Read next: Facebook won the war for your mind. Now it wants your children.