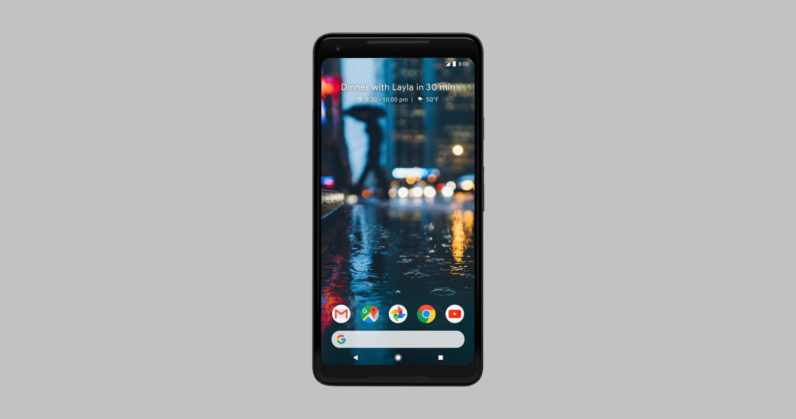 We’ve had a good idea of what the Pixel 2 XL will look like ever since Android Police first published its render of the device in July, but we’ve now gotten what appears to be the first full frontal view of the device, courtesy of Evan Blass:

…and without a case pic.twitter.com/4QrvyM9Hro

Here’s another photo of  the device surrounded by a case:

So yeah, it looks a lot like like previous renders, with the addition of the second bottom speaker. Also, there doesn’t appear to be a headphone cutout in this case, adding credence to the reports that Google is getting rid of the headphone jack for good. The bezels look a little chunkier than what we’ve seen from Samsung and LG, but no other Android phone has bezels this small and front-facing stereo speakers.

The leak also shows off a new launcher interface, which brings back the search bar Google had hidden in the previous pixel. Reports suggest this search bar will have a customizable design and include a button for activating the new Google Lens feature announced at I/O.

In any case, won’t be long until we find out more.

Read next: Catalonia's technology startups are optimistic for the future