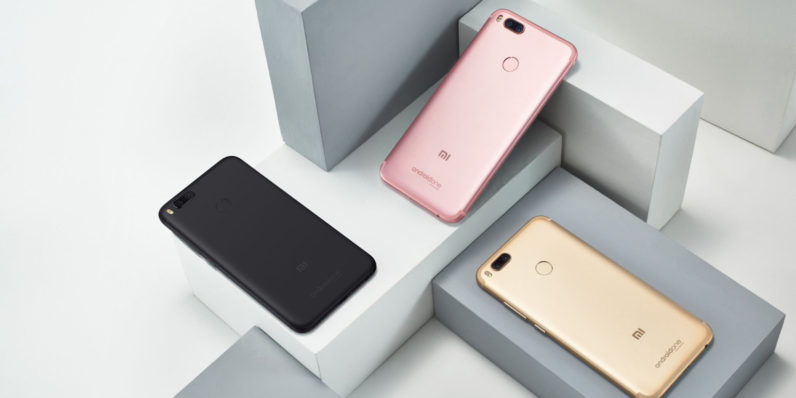 The juicy report that did last month is true: Xiaomi has indeed partnered with Google for its next phone, an Android One handset dubbed the Mi A1 that’s priced at Rs. 15,000 ($234) and will be available across Asia, Europe, and Mexico later this month.

As part of the Android One program, the A1 will feature stock Android Nougat, and will get OS updates soon after they become available from Google; that means it’ll get Android Oreo by the end of 2017, and Xiaomi says the A1 will be one of the first devices to get Android P when it arrives.

The big draw to this mid-range phone is its 12-megapixel dual camera system, which allows for wide and telephoto shots with 2x optical zoom, as well as Portrait Mode-style shots that blur out the background from your subject, similar to the effect seen in pictures from the iPhone 7. Xiaomi proved it’s got this down pat with the excellent Mi 6, so it’ll be interesting to see if the feature works just as well on a handset with less power than a flagship.

It’d have been nice to see Xiaomi do away with, or least slim down the bezels on the front fascia of the A1. With those thick bands above and below the screen, it looks just like any phone from the past few years, which makes features like a slim profile and a fingerprint-resistant body less exciting than they could be.

At this price, the A1 will go toe-to-toe against the $250 Moto G5S Plus, which is the same size and also features nearly identical internal components and dual rear cameras. However, since its an Android One phone, the A1 will get updates sooner than the competition.

The A1 goes on sale in India on September 12, on Flipkart, Xiaomi’s own site, and through its retail stores. We’re going to give it a whirl over the next couple of weeks, so be sure to stay tuned for our in-depth review.