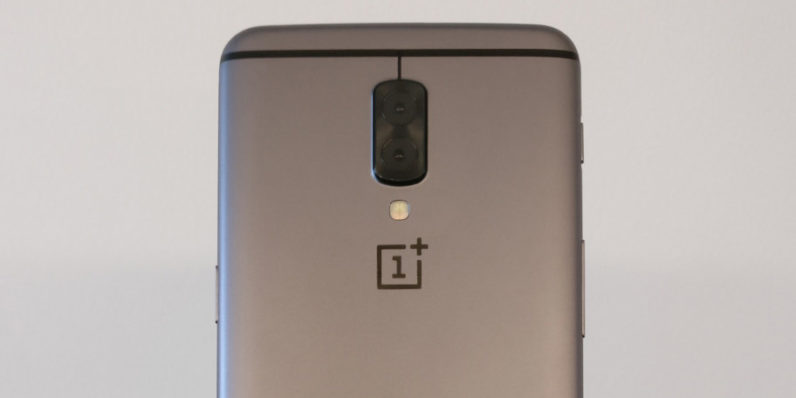 OnePlus is gearing up to launch its next handset, the OnePlus 5, in the summer (yup, they’re skipping the ‘4’); while it’s obvious that it’ll have better specs than the company’s last device, we’re now hearing murmurs about something exciting: dual cameras both in front and on the rear.

The bit about the rear camera comes from a legit-looking photo shared with Android Authority by its source. From the leaked picture, it looks like the dual cameras are fitted on what looks like a OnePlus 3/3T chassis.

As for the front cameras, well… the company’s new promo video featuring a bunch of Indian brand ambassadors features actor Sushant Singh Rajput talking about dual selfie cameras to make him look good. That’s not a lot to go by, but I wouldn’t be surprised to see them now that he’s mentioned it in a star-studded clip.

Generally, the idea with dual front cameras is that one of them is meant for standard close-up portraits, while the other incorporates a wide-angle lens for group shots.

There aren’t a lot of brands out there making phones with dual front cameras. Two of them that are – Vivo and Oppo – are owned by BBK Electronics, the same parent company that also owns OnePlus.

Besides the cameras, we’re expecting to see a 3,600mAh battery, at least 6GB of RAM and a Snapdragon 835 processor. We’ll keep an ear to the ground to see if the rumors have a leg to stand on.

Read next: The Witcher series is getting a Netflix show