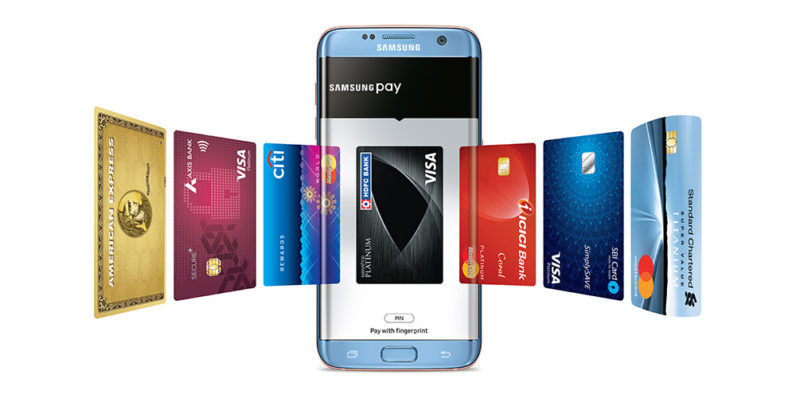 It’ll let you use your linked credit and debit cards with select Samsung Galaxy phones to pay for purchases wherever cards are accepted. You can also pair your PayTM account with it to make payments by scanning QR codes.

At launch, the program will support cards from Axis Bank, HDFC, ICICI, SBI and Standard Chartered; American Express and Citibank will be on board too. You’ll need a Galaxy S7, S7 edge, S6 edge+, Note5, A7 (2016), or A5 (2016) to use the service. The Gear S3 smartwatch will also work with Samsung Pay soon.

Having launched in numerous countries across the globe including the US, Australia, China, and the UK, the move to make Samsung Pay available in India could be huge for the company, as it has the highest market share among smartphone makers in India at 25.1 percent as of February. In Q3 2016, shipments in the country crossed 30 million for the first time in a single quarter there.

However, as PocketNow noted last March, the idea behind Samsung Pay at present is to attract more people to the handset brand; the company doesn’t yet charge banks or credit providers for transactions made through the service.

Samsung’s timing with this launch is worth noting: it’s currently working to stave off the bad juju from its massive Note 7 recall, and it’s also set to launch its new Galaxy S8 flagship along with its Bixby virtual assistant, which is rumored to support payments.

If you’ve got a compatible phone and card, you can register on this page for early access to Samsung Pay’s program in India.

Read next: Supreme Court hearings are not a good place for Reddit memes