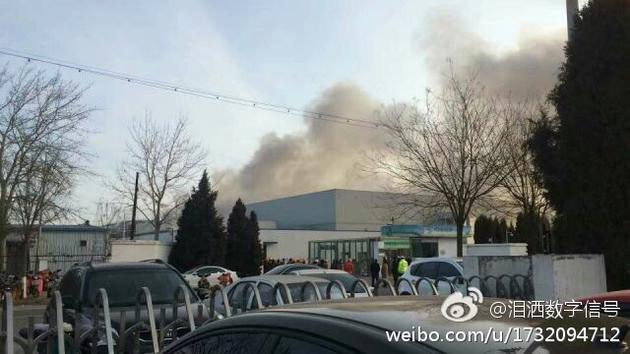 The hits just keep on coming for Samsung.

The “material that caught fire was lithium batteries inside the production workshops and some half-finished products,” the Wuqing branch of the Tianjin Fire Department said via a verified Weibo account. Fire department officials also claimed to have sent 110 firefighters and 19 trucks to battle the blaze.

As for the impact on Samsung’s much-anticipated ‘S8’ — well, it exists. The plant was recently contracted to start supplying batteries for the upcoming flagship device. This Samsung flagship replaces the Galaxy Note 7, which, as you might recall, had a few fire issues of its own.

It might be time to look into exorcism, Samsung.

Read next: Pokémon Go's Valentines Day promotion will make it easier to get that Gyarados