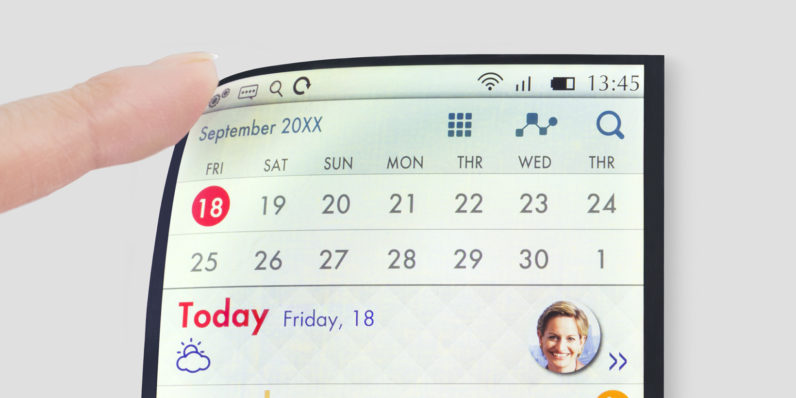 We’ve been hearing about smartphones getting flexible displays for a long time now. Last year, we heard that Samsung had a program called Project Valley to create a phone with a foldable screen; LG showed off a rollable 18-inch display and Xiaomi reportedly came up with a bendy concept screen too.

The closest we’ve come so far is the flexible OLED screens seen on devices like those in the Samsung Galaxy Edge range. However, this tech makes screens more expensive to manufacture than LCDs.

According to JDI, ditching glass for flexible plastic means that you can prevent screens from breaking when you drop your device. And while they’re not exactly flexible enough to be rolled up, you can expect them to at least be used in smartphone designs that feature rounded sides, like Samsung’s Galaxy Edge and Galaxy S series handsets.

The company also notes that its new screen can run at an LCD driving scheme of 15Hz instead of 60Hz, allowing for lower power consumption for certain applications that don’t require high refresh rates, such as ebooks.

When can you expect to see one in your phone? Japan Display told The Wall Street Journal that it plans to begin mass production of these screens in 2018, and that some smartphone makers have agreed to adopt them in the next few years. WSJ’s other sources also noted that Apple is considering using these in future iPhones.

Read next: Supercharge your email game with a lifetime subscription to MailButler for just $34.99