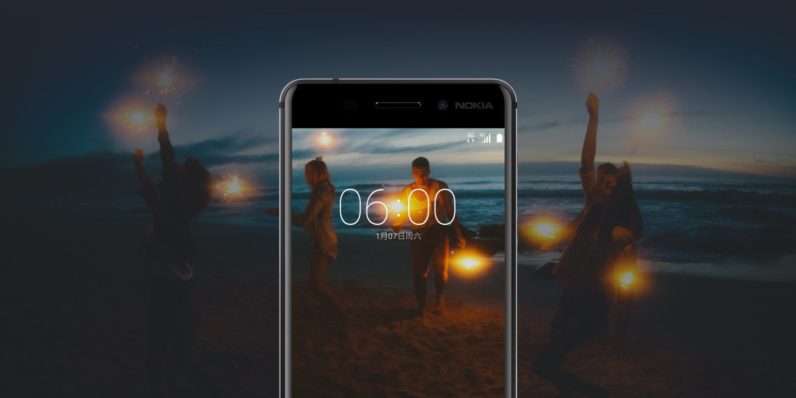 At long last, Nokia is answering its longtime fans’ prayers with the launch of its first Android smartphone – but it probably won’t match up to the excitement of hardcore Nokia fans.

Under the hood, it’s packing a 1080p display, a mid-tier Snapdragon 430 processor with 4GB RAM and 64 of onboard storage, as well as dual amplifiers and Dolby Atmos for louder output than standard amps. The handset also comes with a 16-megapixel rear camera and an 8-megapixel snapper in the front.

That isn’t exactly cutting-edge hardware, but Nokia promises that the device will offer exceptional battery life and graphics performance. It’ll go on sale early this year for 1699 CNY exclusively in China (about $250).

That’s a bummer for fans of the iconic brand living outside China. HMD noted its decision to launch the phone there was spurred by the rapid growth in demand for smartphones in the country, where the number of users is slated to grow by nearly 50 million to 593 million this year.

I can’t say I’m terribly excited by the Nokia 6, as it doesn’t have a particularly novel design or any notable features that are immediately apparent. I guess that the news of Nokia’s return had me reminiscing about the days of feature phones, when devices had more distinct looks than the anonymous glass-and-metal slabs of today.

Most of all, I miss the durability of Nokia’s old phones: You could drop them multiple times without having to worry about dents, scratches or damaged screens. Most of today’s smartphones won’t survive a fall from a coffee table without a bulky case and a tempered glass screen protector.

Still, it’s great to see that Nokia is finally entering the smartphone arena on equal footing with major Android hardware makers. It’s been a long time coming, as the brand couldn’t seem to popularize the Windows Phone OS even with a range of fairly good devices released over the past few years. And as late as last month, it released a basic feature phone that cost just $26 – making it unclear just how serious it was about making Android handsets.

Nokia first announced that it was going to develop Android-based phones last May; at the time, HMD noted that it planned to invest more than $500 million over the next three years to market its mobile products worldwide.

The Nokia 6 was later spotted in October 2016 in a benchmark, when it was codenamed D1C. However, it looks like that version had only 3GB RAM and has since been upgraded.

If you’re keen on the Nokia 6, keep an eye on the phone’s product page on JD.com, where it will be sold exclusively once it becomes available later this year.

Read next: Apple is reportedly working on 3 new iPads for 2017, but will anyone care?