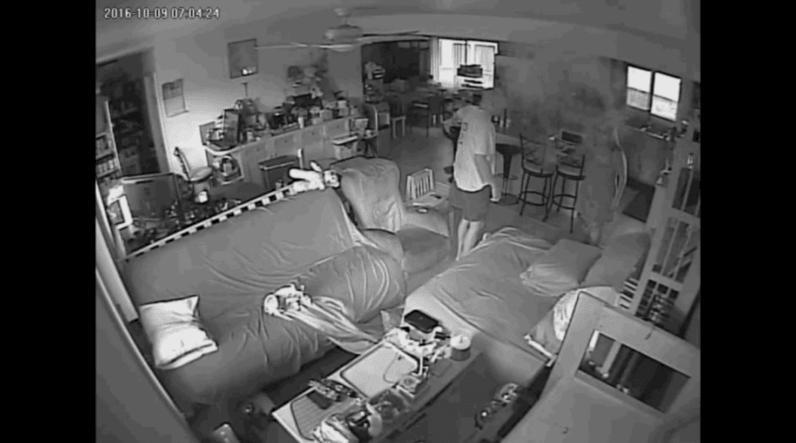 By now, it’s safe to say that we’ve read the reports of the fire hazard that is Samsung’s Galaxy Note 7. If you own one, you’ve probably even swapped it for a newer ‘safe’ replacement, or traded it in for an entirely different model. What you probably haven’t seen, however, is what happens when you ignore Samsung’s advice — or your own common sense — and decide to keep the phone.

Dee Decasa of Honolulu, oddly enough, had just visited the Samsung website on her Galaxy Note 7 before a security camera caught the device catching smoke. Dee seems to have handled it smoothly, although with a bit less urgency than I’d have if there was a smoking Samsung device in my hand, before crumpling in disbelief on the couch toward the end.

By now, it should be clear that this isn’t a device you’ll want to keep. Some users, however, refuse to turn over their phone, even though Samsung is now insisting they do. Gizmodo detailed several of these users, one of which says Samsung can ‘take it from his cold dead hands.’